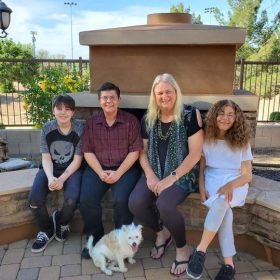 Shirley Austin and Daniel Harcott have found new happiness after coming out as transgender, and have now been joined by Daniel’s children Mason, 14, and Joshua, 17