What would changes to the Gender Recognition Act mean? Two legal views

The British government is consulting on changes to the Gender Recognition Act, including whether to allow gender self-identification. 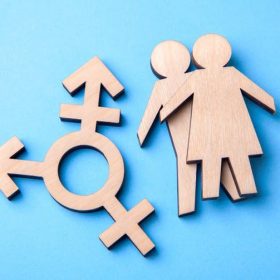 The British government is currently consulting on how best to reform the Gender Recognition Act 2004, the law which allows trans people to change their legal gender. One of the ideas the government is consulting on is whether people should be able to self-identify as a different gender or non-binary without the need for a certificate from a medical professional. But it has led to controversy.

The Conversation sought two differing legal perspectives on what changing the law would mean.

In the 1980s, I remember reading a story in the satirical magazine, Private Eye, with a headline something like “Queen thought Dead”. The story went onto explain how somebody, somewhere, had apparently thought the Queen dead, or at least a little peaky, but apparently they were mistaken. The Queen was chipper. Long live her majesty. The satire captured a trope all too evident within modern journalism. Australians call it a “furphy” — a rumour or story, especially one that is untrue or absurd. One right royal furphy circulating in the UK currently is one that suggests women’s rights will be seriously imperiled if the government changes the law to allow gender self-identification.

Currently, the process of recognition under the Gender Recognition Act is unnecessarily invasive, cumbersome and costly. According to a BBC fact checking exercise, it can take more than five years for trans men and women in England and Wales to legally change their gender under the current system, a fact explained primarily by a chronic lack of fundingdevoted to NHS transgender health care provision.

It also undermines the dignity of trans people because it approaches our lives in terms of mental illness, an indignity shared by gay and lesbian people until 1973 when homosexuality was removed from the Diagnostic and Statistical Manual of Mental Disorders. It also fails to cater for non-binary people.

However, not all support reform. Opponents include some politicians and, most notably, some feminist groups who see reform as undermining women’s rights, and specifically the right to women-only spaces. These concerns are misplaced. Let me explain why.

The main objection to introducing gender self-identification involves the claim that reform will harm women. Specifically, it is imagined that abuse of women in single gender spaces, such as toilets, changing rooms, rape crisis centres or prisons, will increase. Harms anticipated are laid at the door of trans women or men pretending to be trans women. I do not deny such abuses have been committed, and may in the future be committed. However, their incidence is extremely rare and adequately dealt with by existing criminal laws. In the case of prison allocation, as I have argued elsewhere, it is best addressed by proper and robust risk assessment procedures, rather than a blanket ban on transgender women as a class.

Crucially, the proposed reforms will have no impact whatsoever in women’s bathrooms or in other gender segregated spaces. This is because, by virtue of Section 7 of the Equality Act 2010, all trans women who have undergone, are undergoing, or intend to undergo a process of gender transition (this need not be medical transition) are, irrespective of whether they have a Gender Recognition Certificate (GRC), already, subject to some exceptions, legally able to access women-only spaces. In other words, the right which some imagine will usher in all kinds of mischief already exists. This is, in a nutshell, the crux of the matter. For a media less obsessed with trans people, and more concerned with facts, this would be a non-story.

The exceptions to the right of trans women to access women-only spaces are set out in Schedule 3 of the Equality Act. They enable service providers to exclude trans women, including those who have a GRC and who therefore are legally female, from gender segregated spaces where they consider this to be “a proportionate means of achieving a legitimate aim.” The explanatory notes to the Act foreground the example of counselling services for vulnerable women. Here trans women may be excluded in circumstances where organisers judge that clients who attend group sessions are unlikely to do so if a transgender person is present.

The government has made clear that both the general right enjoyed by trans women to access women-only spaces, and the rights enjoyed by those who provide women-only services to limit that access in circumstances where this is “a proportionate means of achieving a legitimate aim,” will remain in force. Therefore, and while I believe these exceptions ought to be repealed, proposed reforms will make no difference whatsoever to the current legal position.

In reality, trans women have been accessing women-only spaces, and particularly bathrooms, for decades and without incident. In relation to men who might take advantage of trans law reform in order to abuse women, there is nothing to stop them doing so now, except of course a raft of criminal laws which are more than adequate to the task. To the extent that the debate is haunted by this particular bogeyman, proposed law reform will, once again, make absolutely no difference.

Beyond these facts lies the furphy. What readers should remember is the fact that the Queen is well. A few people suggested she was looking a bit iffy, but they were mistaken. Long live her majesty, and along with her, rational debate about much-needed reform for a very marginalised and besieged community.

In more than 70 of 193 countries across the world, people are criminalised, tortured, or receive the death penalty if they identify as transgender or as homosexual. And in some countries, such as Iran, where transgenderism is legal, it is used as a weapon against gay and lesbian people who are forced to transition medically because homosexuality is illegal. These appalling statistics are concerning to everyone who cares about human rights, and have led many countries, including the UK, to take steps to ensure that the human rights of transgender individuals are protected and upheld by law.

In the UK, the Gender Recognition Act 2004 was passed to ensure that those human rights were implemented and realised for this group of people with specific vulnerabilities (also known as protected characteristics), and that they were not discriminated against or their human rights violated, as set out in international law. The Act requires applicants for a Gender Recognition Certificate (GRC) to be diagnosed by a medical practitioner as suffering from gender dysphoria and to have lived for two years as a member of the sex they aspire to be. Upon being issued with a GRC, they can apply for a birth certificate which allows them to be treated in law as a member of the opposite sex for most purposes.

The law sets a relatively high bar for obtaining a GRC, insofar as it requires proof of both a medical condition and commitment to living as the opposite sex. But the government is currently consulting on whether these criteria should be dropped and replaced with a system which would allow a person to declare their gender identity and have it immediately and automatically accepted as such in law — a process called self-identification.

The government is consulting on reform to the Gender Recognition Act. ADragan/Shutterstock

We oppose self-identification for three reasons. First, it misunderstands the purpose of the law, which is to ensure that the same human rights and protection from discrimination are implemented for trans people as for everyone else. Second, it elevates gender identity above other protected categories, especially women and religious groups. Third, we contend that, given men’s history of oppressing women, self-identification could make it too easy for opportunist men to declare themselves to be women in order to access women’s spaces and rights, and could actually put women in danger.

Key to an understanding of transgender law is a definition of “gender”, which is distinguished from physiological sex. It was second-wave feminists in the 1960s and 1970s who distinguished the concept of sex, which was seen as a biological fact, from gender, the social process that inscribed the role of male or female on to sexed bodies. The important feature of the feminist account is that gender is socially, not individually, constructed. This is borne out by the thousands of mothers who try hard to bring their children up to be non-gendered, only to have their efforts thwarted by the weight of social expectations from family, friends and colleagues, and in the media and wider world. This casts doubt on the argument for self-identification that it is an individual decision based on personal feeling.

We argue that self-identification may conflict with the rights of other vulnerable groups, particularly women and members of religious groups that require segregation of the sexes in some contexts. Given men’s history and continuing efforts to control and dominate women, we fear that self-identification offers too many opportunities for people born male to colonise women’s spaces and pursue the same control and domination. We have seen cases of this in the press: for example, the sex offender who self-identified as female and got transferred to a women’s prison, only to assault women there. It has been urged that these are the exceptions, not the rule, and that the vast majority of trans people are not like this. Of course they aren’t, but our laws exist precisely to deal with the exceptions, not ordinary law-abiding citizens.

A number of countries have introduced self-identification for trans individuals: for example, Argentina in 2012, Denmark in 2014, Ireland and Malta in 2015. In some countries, self-identification replaced regimes in which transgender people were forced to undergo sterilisation, which was rightly highlighted as human rights abuse. But the legal effects of such recognition vary from country to country.

Crucially, many countries have retained sex-segregated spaces in recognition of the fact that women are also a protected group, and most sexual violence is perpetrated by male-born people. In Argentina, for example, trans individuals are usually placed in the segregated prisons designated for homosexuals. In Ireland, prisoners remain segregated by biological sex irrespective of gender identity. In Malta, trans prisoners are housed with people of the sex in which they identify, but prison officers are required to provide additional protections, which could entail separate shower times, for the safety of all prisoners.

These differences in approach demonstrate why it is so important to engage in consultation and discussion on a national level. In the UK, almost all attempts to have discussions about these issues, particularly around sex-segregated spaces, are being closed down in a manner that favours one vulnerable group above others. The protection of one group cannot and ought not to come at the expense of another group, whether in terms of their safety or their human rights.