Trump to reinstate US military ban on transgender people 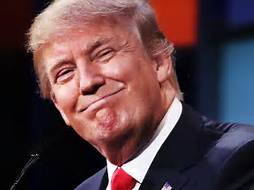 Washington (CNN)President Donald Trump announced Wednesday that he plans to reinstate a ban on transgender individuals from serving “in any capacity” in the US armed forces.

The decision reversed a policy initially approved by the Defence Department under President Barack Obama, which was still under final review, that would allow transgender individuals to openly serve in the military. Defence Secretary James Mattis announced last month that he was delaying enactment of the plan to begin allowing transgender individuals to join the US military.

“After consultation with my Generals and military experts, please be advised that the United States Government will not accept or allow Transgender individuals to serve in any capacity in the U.S. Military,” Trump said in a series of tweets Wednesday morning. “Our military must be focused on decisive and overwhelming victory and cannot be burdened with the tremendous medical costs and disruption that transgender in the military would entail.”

But Trump’s decision came without a plan in place to implement it.

White House press secretary Sarah Huckabee Sanders did not have an answer on what would happen to active transgender military members but said the White House and the Defence Department would work together “as implementation takes place and is done so lawfully.”

Sanders said transgender service “erodes military readiness and unit cohesion” citing health costs. She said the move was based on a “military decision” and is “not meant to be anything more than” that.

Sanders said the decision was made based “on what was best for the military” and was made in council with the President’s national security team.

Ash Carter, the Defence secretary under Obama, ended the ban on transgender people serving openly in the military in 2016, but allowed for a year-long review process to allow the Pentagon to determine how it would accept new transgender recruits into the military.

On the eve of that one-year deadline, Mattis announced that he was delaying the implementation of the new policy, saying he needed more time.

“Since becoming the Secretary of Defence, I have emphasized that the Department of Defence must measure each policy decision against one critical standard: will the decision affect the readiness and lethality of the force?” Mattis said in a memo late last month. “Put another way, how will the decision affect the ability of America’s military to defend the nation? It is against this standard that I provide the following guidance on the way forward in accessing transgender individuals into the military Services.”

A 2016 Rand Corp. study commissioned by the Defence Department concluded that letting transgender people serve openly would have a “minimal impact” on readiness and health care costs, largely because there are so few in the military’s 1.3 million-member force.

The study put the number of transgender people in the military between 1,320 and 6,630. Gender-change surgery is rare in the general population, and the RAND study estimated the possibility of 30 to 140 new hormone treatments a year in the military, with 25 to 130 gender transition-related surgeries among active service members. The cost could range from $2.4 million and $8.4 million, an amount that would represent an “exceedingly small proportion” of total health care expenditures, the study found.

Trump’s decision marks a setback for LGBT rights groups who have expressed concerns that the Trump administration could chip away at progress the community has seen in recent years on the backs of a series of landmark decisions in recent years that have included the legalization of same-sex marriage nationwide and a repeal of the ban on gay people openly serving in the military.

Trump’s decision is also another setback for the transgender community following his decision several months ago to reverse an Obama administration policy allowing transgender students to use the bathroom of their choice.

The announcement was immediately criticized by LGBT leaders and civil rights groups.

The American Civil Liberties Union called the decision “outrageous and desperate” and said it was exploring ways to fight the policy shift.

“Let us be clear. This has been studied extensively, and the consensus is clear: There are no cost or military readiness drawbacks associated with allowing trans people to fight for their country. The President is trying to score cheap political points on the backs of military personnel who have put their lives on the line for their country,” said Joshua Block, the senior staff attorney with the ACLU’s LGBT & HIV Project.

Rep. Dan Kildee, D-Michigan, the vice chair of the congressional LGBT caucus, called Trump’s decision a “slap in the face to the thousands of transgender Americans already serving in the military” and said it “undermines our military’s readiness.”

“Anyone who is willing to put on the uniform of the United States and risk their life in service to our country should be celebrated as patriots, regardless of their gender identity. This short-sighted and discriminatory policy will make America less safe,” said Kildee.

The Obama administration faced heated criticism from conservatives last year when it announced the repeal of the ban, and several Republican members of Congress have urged the Trump administration to reverse the decision, saying that the decision does not serve the US’ defence interests.

The President’s decision flies in the face of his 2016 campaign rhetoric, when he said he would be a strong defender of the LGBT community — and even claimed he would be a better president for LGBT Americans than his opponent, Hillary Clinton.

Trump seized on the terrorist attack at a gay nightclub in Orlando, Florida, as an opportunity to reach out to the LGBT community and promised he would be a better friend to the community than Clinton.

“I will tell you who the better friend is and someday I believe that will be proven out big league,” Trump said.