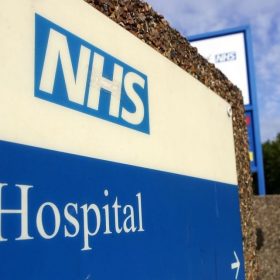 Treatment options for all young people are being paused contrary to NHS guidelines, a GIDS clinician told i

NHS England is clamping down on treatment options for young transgender people above and beyond legal requirement, an NHS clinician who treats them has warned.

Following a High Court decision earlier on this month which ruled that people under the age of 16 cannot consent to hormonal treatment, guidelines on NHS treatment options for young transgender people using the service have been under review.

But according to a leading clinician who works with such patients, doctors are also being told they cannot move patients aged 16 and 17 forward with their own treatment plans, such as progressing from puberty blockers to cross-sex hormones – in contrast to what the guidelines state.

The clinician from the Gender Identity Development Services (GIDS) told i that the service has been warned it may also need to suspend treatment for those 16 and above who are already receiving hormone blocker treatment and gender-affirming hormones.

In the NHS England guidelines “as long as the patient has mental capacity and the lead clinician considers the treatment to be in the patient’s best interests, and there is no parental dispute about the intervention,” treatment for 16-year-olds and above may proceed.

Additionally, in cases where a 16- or 17-year-old is receiving puberty blockers and the administration of cross-sex hormones is being considered, a clinician can roll out treatment, but they are “required to review every such patient’s individual circumstances, and to consider an application to the Court through their NHS provider for final determination of that individual’s needs if there is doubt about the patient’s ‘best interests’.”

These guidelines indicate young people in this age bracket should be able to continue puberty blocker treatment or cross-sex hormone treatment uninterrupted.

But the clinician, who has requested to remain anonymous, said all new treatment plans have effectively been stopped since the ruling on 2 December.

“Despite NHS England issuing this guidance, this is not what is happening in reality,” the clinician told i. “As clinicians in GIDS, we are being advised by NHS England that 16- to 17-year-old people cannot move forward with treatment pathways and there is a pause in new treatments or changes to care pathways.

This change could mean some trans people’s care is paused even when there is agreement between all parties that it is the best way forward, according to the clinician.

“Appointments are being postponed and clinicians are being asked to contact families to advise that pathways such as blocker treatment and gender-affirming hormones are not available to them at this time. In some cases, this is despite clinicians, parents and young people all being in agreement around those treatment decisions.

“As a clinical group, we have been advised by NHS England that we may need to suspend treatment for those young people who are already receiving hormone blocker treatment and gender-affirming hormones. As a staff group we have been asked to carry out a review of our caseload to identify young people and families who may be affected,” they added.

“I cannot see a justification for applying the judgement retrospectively to those who are already on endocrine pathways (receiving hormone treatment). I have already spoken with parents of young people who are well established and settled on the blocker treatment and have been for a number of years. These are young people who are currently stable and happy but their parents have stated that they fear for their child’s life should access to those treatments be stopped.”

While all hormone treatment has been stopped for under 16s under the court ruling, the clinician says the remaining treatment options for patients in this age group have also been affected.

“Currently no new treatment pathways can be offered to under 16s until a best interest decision is made in the court. At this time we do not have the procedures in place for how to do that and have no idea what the timescales are for this. In effect, no young person under the age of 16 can start on puberty blocker treatment at this time,” they added.

The clinician said they are asking NHS England to “reconsider those decisions that will have a negative impact on patient safety.”

An NHS England spokesperson said no patient will be withdrawn from treatment in the absence of a court order and clinical review.

A spokesperson said: “The High Court’s conclusions from three senior judges, set out a clear need for an additional layer of safeguarding for children which is why the Tavistock and Portman NHS Foundation Trust themselves decided not to make new referrals for puberty blockers.

“Future referrals can take place if a best interest order has been made by the court in line with the Court’s ruling.”

While the implementations of the High Court ruling have technically been suspended until 22 December, the clinician said NHS England has not yet updated guidance on treatment options for under 16s.

“We are now three weeks past the date of the judgement, and NHS England has not issued any further advice other than the changes issued to the specification issued shortly following the judgement on 1 December,” the clinician told i. “They need to offer further and guidance to the Trust and to the families to end this confusion.”

The Tavistock and Portman NHS Foundation Trust, which oversees the Gender Identity Development Service, has updated its guidelines to assure patients their current treatment plans will not be interrupted.