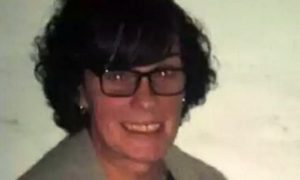 Jenny Swift, 49, believed to be the third trans prisoner to have killed herself in little over a year

A transgender woman has been found dead in her cell at an all-male prison in the third apparent suicide by a trans prisoner in little over a year.

Jenny Swift was remanded into HMP Doncaster in South Yorkshire in November after being charged initially with attempted murder. She was found dead five weeks later on 30 December.

A friend said Swift, 49, had asked to be placed in a women’s prison and had become miserable, sad and ill after being refused female hormones in HMP Doncaster.

The friend, who wished to remain anonymous, told the Sheffield Star that Swift had been taking female hormones for three years as part of her transitioning process but was not provided with the same medication in prison.

“She kept asking for the hormones and they said she would get them but she never did. I phoned up and explained that she needed them too,” the friend said. “Jenny said that not having them was making her legs shake, making her feel sad and ill – she said it was like coming off drugs. It made her miserable.”

The friend told the Guardian that some prison staff had addressed Swift as “mister” and that she walked into the jail naked because she refused to wear male clothes.

Two days before she died, Swift told her friend there were other trans inmates at HMP Doncaster but she was struggling without her medication.

“She had been trying her best to keep her feminine side but she mentioned in prison that she could feel the testosterone in her body and she felt sick. It was making her cringe inside,” the friend said. “If she had her hormones and the correct tablets she would still be here. I know that for certain.”

In a letter Swift sent from prison, she described how she had been taunted by other inmates and wanted to be moved to an annexe holding other trans people.

The letter said: “You know who I am banged up with? All sorts but fuck ’em all. I am Jenny Swift, I am proud to stand my corner anywhere I need to.”

The friend demanded an investigation into Swift’s death, which she said “could and should have been prevented”.

“I want there to be a massive investigation because this happened twice before and it shouldn’t be happening,” she said. “Yes, my friend did wrong, but she was more vulnerable in prison in that wing than she was in the general population.

“I think transgender people need their own wing and she should have been provided with her hormones.”

It is understood that she had been using non-prescription drugs when she arrived at the prison and had been in contact with HMP Doncaster’s healthcare team about the medication. Another source denied that she had been refused a move to a female prison, and said those discussions were ongoing when she died.

In late 2015 two transgender women were found dead in men’s prisons in the space of a month.

Andrew Neilson, the director of campaigns at the Howard League for Penal Reform, said: “We have seen a number of transgender deaths in prisons, which prompted a recent review by the Ministry of Justice into how transgender prisoners and their needs can best be met.

“Investigations into this latest death will no doubt look at how Jenny Swift was placed in custody and whether Doncaster as a men’s prison was the right place for her to be. While transgender people may have particular vulnerabilities, we should bear in mind that suicide and self-injury affect all prisoners.

“Last year saw the highest number of suicides in prison on record, at a rate of one prisoner every three days. There are broader issues around overcrowding, understaffing and an impoverishment of prison regimes which must also be addressed.”

Swift, from Liverpool, was remanded in custody on 17 November after being charged with stabbing 26-year-old Eric Flanagan at a property in Balby, Doncaster, two days earlier. After Flanagan died on 15 December, police passed the case to the Crown Prosecution Service to upgrade the charge to murder.

One in four prisons in England and Wales are holding transgender inmates, according to figures released by the MoJ in November. It said there were 70 inmates living in, or presenting in, a “gender different to their sex assigned at birth” and who had had a “case conference”.

A spokesman for the MoJ confirmed Swift’s death and said the MoJ was aware that she was transgender when she was remanded into the category B private men’s prison at Doncaster. No explanation has been given for the decision to place her there. He said the prisons and probation ombudsman had opened an investigation.

The spokesman said: “Self-inflicted deaths are a tragedy and mental health in custody is taken extremely seriously. We have a range of measures already in place to help support prisoners suffering from these issues.

“But we recognise more can be done. That is why we have allocated more funding for prison safety and have launched a suicide and self-harm reduction project to address the increase in self-inflicted deaths and self-harm in our prison.”

A Prison Service spokesperson said: “HMP Doncaster prisoner Jenny Swift was found unresponsive in her cell at 12.40am on Friday 30 December. Prison staff and paramedics attempted CPR but she was pronounced dead at 1.10am.

“As with all deaths in custody, there will be an independent investigation by the prisons and probation ombudsman.”

A spokesman for the ombudsman said: “We are sorry to be informed of the death of Ms Swift at HMP Doncaster, and can confirm that an independent investigation has begun. We will be in contact with Ms Swift’s family and will try to address any questions they may have.

“Our independent investigation will aim to identify the full circumstances of the death and whether there were any failings in Ms Swift’s care. Where possible we will identify lessons to be learned and make recommendations to help prevent similar deaths in future. We also share any findings with the coroner to assist with their inquiries.”

In November 2015, Vicky Thompson, 21, was found dead in HMP Leeds in Armley after telling friends she would kill herself if she was sent there. Later that month Joanne Latham, 38, from Nottingham, died in Woodhill prison in Milton Keynes.