The Presbyterian Church in Ireland says it will continue to hold to “underlying Biblical principles” when asked about issues of gender identity, amid an escalating nationwide row over transgenderism. 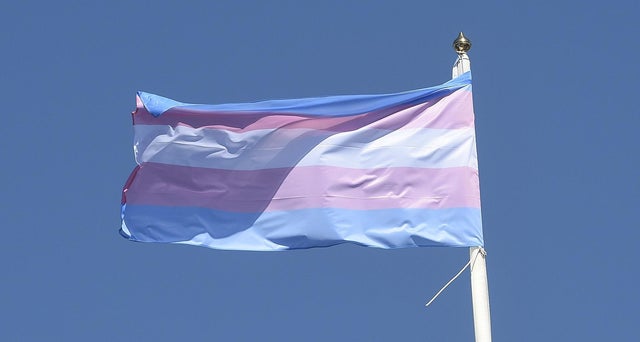 The church made the comments to the News Letter amid renewed pressure on the government to alter the law so that anybody can declare themselves to be any gender they want, without any medical basis.

The proposed change in the law – known as “self-ID” – has been a highly sought-after objective of transgender and “non-binary” campaigners for years.

It had looked until recently that the Conservative government was going to approve it.

But now leaked information suggests Boris Johnson’s government is shying away from the idea – prompting anger from campaigners who had hoped victory was at hand.

The changes would have applied initially only to England and Wales, but would have given strong impetus for NI to follow suit.

The issue poses a challenge to the fundamental notion of what it means to be a man or a woman, and could potentially be divisive for NI Christians (many of whom already had difficulty accepting gay marriage, with intra-denominational splits as a result).

Signs of discord within the Church of Ireland erupted into the open last month when the News Letter exclusively revealed that an influential committee within the church had written to the government calling for “non-binary gender identities” to be recognised and protected in law.

A long-time veteran of the general synod, Dermot O’Callaghan, told the News Letter he is ready to quit the Church of Ireland altogether if it embraces such a stance as official policy, stressing that the Christian vision holds there to be two genders, male and female – not multiple ones such as womxn, neutrois, genderqueer, two-spirit, pangender, and others.

The Times broke the news a couple of days ago that the government was ditching its plans for “self-ID”,

Asked about its view on this government U-turn, a spokesperson for the Presbyterian Church in Ireland told the News Letter: “Issues of gender identity are deeply complex and sensitive for those who identify as transgender, and their families.

“As a church seeking to respond pastorally, we affirm that all human life is a gift from God, and all people are loved, valued and cherished by God.

“While along with other major cultural and moral shifts, the understanding of these issues in wider society has changed significantly in recent years, we continue to hold to the underlying Biblical principles that remain constant and underpin society as whole.”

The CoI was asked to comment, but said nothing.

The organisation Trangender NI issued a statement to the News Letter, saying: “If the leak is correct, the consultation held by the government showed a massive 70% supported the plans to improve the legislation, and it would be unjust to ignore this huge message from the public.

“TransgenderNI and other organisations here will continue to advocate for improving our gender recognition law.

“The Republic of Ireland introduced progressive legislation based on self-declaration of gender in 2015, and we now have five years of evidence showing it doesn’t cause the sky to fall.

“This legislation merely makes daily life easier for our small community. We advocate for both governments in Belfast and London to adopt similar legislation.”

Also weighing into the issue was Mike Davidson of the Belfast-based body Core Issues Trust, which describes its mission as “challenging gender confusion”.

“You could identify as male even though you are genetically female, and vice-versa.

“We think that’s profoundly wrong and confusing for children and it also basically misrepresents human sexuality.

“We think it’s a fundamental distortion of reality, but also the Judeo-Christian foundations of western civilization.”

The term ”transgender” does not necessarily refer to people who have undergone a “sex change” operation – that is a popular misconception.

Instead the term is used today to denote anyone who feels their “real gender” is different to their sex at birth.

Some transgender people undergo hormone treatment and ultimately surgery, but they can officially get a gender recognition certificate without undergoing either.

However they do have to go through a vetting process and must pledge to live in their “new” self for the rest of their lives.

They also have to be diagnosed as suffering from what the NHS calls “a condition where a person experiences discomfort or distress because there’s a mismatch between their biological sex and gender identity”.

Many campaigners believe people should be able to change from male to female (or vice versa) with no vetting.

Response to the above from Focus: The Identity Trust

Focus: The Identity Trust is disappointed, if not entirely surprised, by the stance apparently being taken by the Presbyterian Church in Ireland and by the Church of Ireland with regard to ‘”unchanging Biblical principles”’ in relation to questions of gender, and specifically transgender  identity (News Letter, 19/6/20). We call for greater understanding of the following three issues

Focus: the Identity Trust does not endorse the definition of the term ‘transgender’ as an umbrella for several different conditions. We regard transgender to be a permanent, not an intermittent, condition. We take this stance not to seek to undermine the rights of others but in the interests of clarity of both expression and understanding. Transgender identity should not be confused with other conditions. Transgender individuals may, like anyone else, also be gay, lesbian, bisexual, queer, asexual, heterosexual or non binary, for example.

We commend the facts that the Church of England has for twenty years accepted that priests who transition may continue to work as ordained ministers, and has ordained individuals of transgender history. In England, the Methodist Church appointed a transgender minister three years ago, as has the United Reformed Church. The Church of Scotland has published Diverse Gender Identities and Pastoral Care, a booklet providing guidance on gender identity.

Rev Dr Linda Ballard, CEO of Focus: the Identity Trust, asks, ‘Are we not given an example of “changing Biblical principles”, for instance in the debate about circumcision described in chapter fifteen of the Acts of the Apostles? Do we expect, for instance, a menorrhagaic woman to seek a priest to ‘make atonement for her before the Lord for the uncleanness of her discharge’, as required by Leviticus 15:30? Do we insist on the provisions of Deuteronomy 23:1, or do we turn instead for theological guidance to Isaiah, who tells us these are the words of the Lord, “To the eunuchs who keep my Sabbaths, who choose what pleases me and hold fast to my covenant-to them I will give within my temple … an everlasting name that will endure forever”. (56:4 and 5)’.

Focus: the Identity Trust respects the right of all people to hold true to their own belief systems and calls for theological leadership that provides space in which the complex question of gender identity may be better understood by those who profess Christianity.