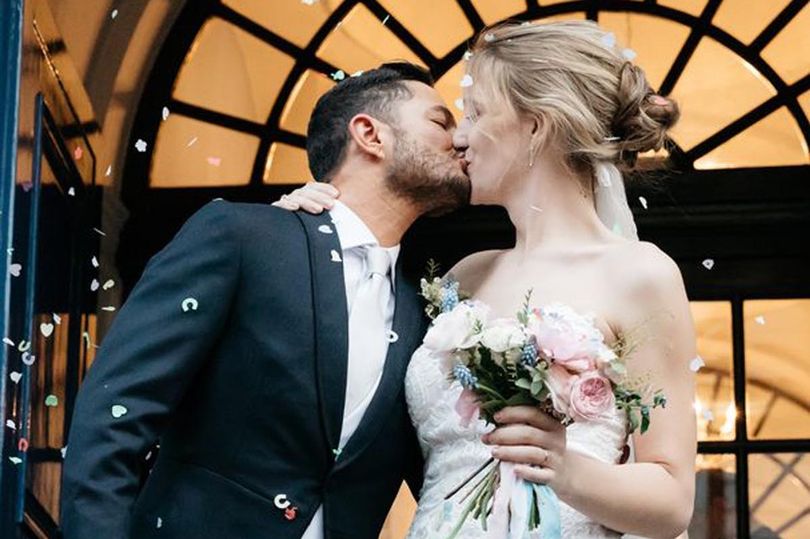 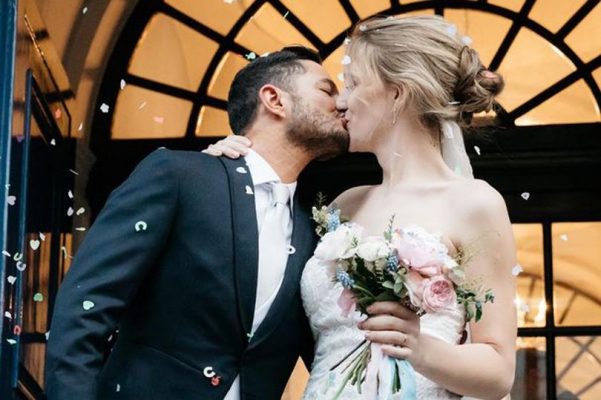 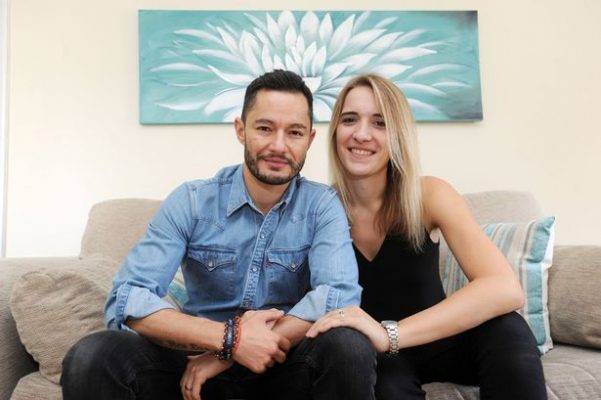 Britain’s highest ranking transgender army officer believed she would never find love before her fairytale wedding to an actor who used to be a woman.

And the Royal Electrical and Mechanical Engineers captain told Wales Online she never thought she would marry as she “presumed no-one would love me”.

She first met her future husband, a writer, director and actor who starred in the Danish Girl alongside Eddie Redmayne, while doing events for transgender advocacy.

The pair became Facebook friends, sharing messages about their interests and “flirting quite badly” before deciding to meet up.

They spoke on the phone before arranging to meet up on December 30, 2015, for their first date. The couple met at 2pm but didn’t go home until 1am, and changed their New Year’s Eve plans to have a second date the following day.

Hannah, who has taken the surname Graf and lives with her husband in Surrey, said she was “terrified” of the first date.

She said: “I had never been on a date before but, by the end of 2014, I was at a point in my transition where I thought I wanted to share my life with someone else.

“Before that, I was so unhappy in my body and intimidated. It was the first time in my life I thought I should put myself out there.

“Jake is very attractive and charming but also transgender which took a lot of the pressure off. I didn’t have to deal with how he would feel, how or when to tell him or his parents.

Jake proposed on a holiday

“It just grew from there,” she said. “We just really clicked, got on and had a fun time.

“We had separate plans for New Year’s Eve but we both changed them to have a second date.”

She was working away from London so they tried to meet up at weekends and it was on a holiday to New York in September 2017 that Jake proposed.

“Jake had said to me quite early in the relationship that he wanted to get married and to have kids and I needed to be on board with that idea,” she said.

“So I wasn’t surprised and in the run up he had joked that if he did propose, would I say yes.”

It was on a boat in Central Park that Jake asked Hannah. They’d hired the boat for 30 minutes, but it took Jake a little longer to propose – so they overran their slot by another hour.

The pair met while doing public events for transgender advocacy

She explained: “He told me he had an important question and I knew at that moment and just burst into tears.

“It was very, very, romantic”, she says. “It was something that I had idealised and thought would be nice, especially as my friends started getting married. But I genuinely never thought it would happen for me.

“I presumed I would never find love and no-one would ever love me,” she says.

“It’s why we try to speak out about our relationship. I thought I couldn’t have love or have a family and it’s quite sad that I thought like that.

Hannah and Jake at home in Camberley, Surrey

“We’re trying to show other people, including transgender people, that just because you’re different, you’re not unlovable.

“Everyone is entitled to love and fulfilled love.”

She went on: “Jake and I had a very positive transition and we try to tell it because there are lot of people who have very negative stories.

“Trans suicide rates for under-18s is one in two and a level of around 70% self harm.

“There are people being trolled and humiliated on a daily basis. There’s a real undercurrent of transphobia in this country. But we are just human beings getting on with our lives.

“We’re just like you. We go to work, we’re in love, want a family and that’s all we’re trying to do.”

The couple had a fairytale wedding

And the couple say they decided to go public with their story to give people confidence to engage with transgender issues.

Hannah said: “We always have people coming up and asked about our story in lots of ways.

“If people want to come and ask a question we are quite accessible and we want people to encourage others in person or online when they messages us.

“We’re not an unattainable media couple, it’s not what we’re trying to do.

“Come over, have a chat, a photo, whatever. As long as you’re asking a question in a respectful way, we’re fine.”

Being in the public can be draining, Hannah admits, but says it is worthwhile.

She said: “When we chose to put ourselves out there we have a responsibility to people.

“Some people want all the fame and limelight but aren’t really into putting in the hard yards and engaging with people.

“That is the least we owe the community that has given us so much.”

Her husband paid tribute to Hannah, saying: “I am incredibly proud in all that she does. I think she’s an absolute inspiration and I’m very proud to be her husband.

“Since having met Hannah a few years ago, my life has just been made better. She is super supportive and the kindest person I have ever met.

“She is a wonderful, wonderful woman who I am very lucky to be married to.”