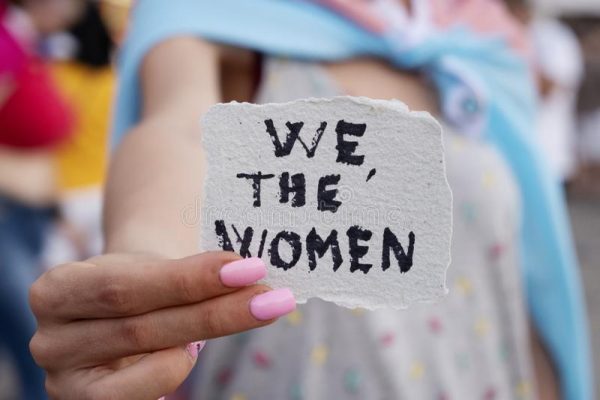 Predatory men pretending to be trans in order to attack women is a myth. It could happen now, if they really wanted, as the Equality Act 2010 in the UK allows those who appear to be trans women to enter women’s spaces, but it does not happen because there are so many easier ways of attacking women.

That myth is transphobic. It creates fear of trans women. Someone might think: “Is that a genuine trans woman? Or is it a predatory man?” They might even feel an enhanced sense of suspicion- “Will there be a predatory man in a dress there?” Yet people who spread the myth often imagine that they are not transphobic because they don’t think they are hostile to “genuine” trans women.

Please, if you see or hear this myth anywhere, challenge it. State the facts. Call it what it is- transphobia. Explain why. Transphobia is spread by people who imagine they are not transphobic at all.

Any attempt to exclude trans women from toilets and changing rooms requires policing women’s femininity. Do you want any woman to reconsider her hair or her clothes to avoid misgendering? What about the tall woman, or the broad shouldered woman? What about the woman who has ceased her public feminine expression and always wears DMs and a crew cut, because she is traumatised by predatory men who won’t take no for an answer? Whatever anyone thinks of trans women in women’s refuges, prisons, hospital wards or sports, excluding trans women from loos and changing rooms would hurt all women, and subject them more to patriarchal control.

So what about refuges, prisons, hospital wards and sports? Women’s Aid helps fugitives from violence, and includes trans women fugitives from violence. No prisoner should be subject to violence: let us work for the reduction of the prison population and the humane treatment of prisoners, not for housing trans women in vulnerable prisoner units with male paedophiles. In hospital all deserve dignity, even trans women. In sport, the IOC requires drastic reduction in the male testosterone level in all trans women competitors. No man would endure that. These women should be able to compete.

I am terrified. After The Sunday Times reported a “government source” promised to “safeguard female-only spaces, including refuges and public lavatories, to stop them being used by those with male anatomy”, and overturn the consultation, where 70% of respondents were in favour of trans self-declaration, I fear legal restriction and public hostility inflamed by public discourse where trans women are conflated with predatory men. Trans women are not the main threat to other women.

What do you say when a cis straight educated white man says “Why do we need labels”?

Because the first time people are labelled is always pejorative. It may be scientific, classifying, othering us. It may be legalistic, regulating our behaviour or expression. It may be abusive, short and cruel to shout in the street. Then choosing our own labels is an act of resistance.

There is no such thing as “trans ideology”. I am a trans woman. I do not seek to define womanhood for any other woman, or deny that sex is real. I don’t define women’s sexuality, or how women should dress or behave. I want freedom for women to be who they are, because I need that freedom myself. When we say “my gender identity is female” or “I am a woman” we are psyching ourselves up to do what we do not understand but want more than anything else in the world- to express ourselves as women. When we want inclusive language for trans men and nonbinary folk it’s just like women wanting inclusive language- “chairman” becomes “chairperson”. When that seems ugly, we work together to improve it: “chairperson” becomes “chair”.

Keep it simple. Conspiracy theories flourish when people are drawn in by all the information available. QAnon addicts relish Q-drops, telling New Information about how wonderful Q+ (Donald Trump) is, and how threatened he is by the Deep State, and “Do the Research” in between drops, analysing. Anti-vaxxers memorise lists of ingredients of vaccines, and their alleged harm. Flat-Earthers study the Bedford Levels experiments. Transphobes and anti-trans campaigners learn about the few trans people who can be made to look bad, and all sorts of detail about sports and shelters and prisons and hospitals and changing rooms, and share it on forums and twitter. Cut through their crap.

NB Focus: The Identity Trust prefer to use the term transgender as opposed to trans