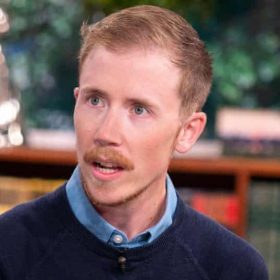 A transgender man has lost his legal battle to be registered as his child’s father or parent in the UK after the supreme court refused to consider his final appeal.

Freddy McConnell, a 34-year-old freelance journalist who works for the Guardian, gave birth in 2018 after suspending his hormone treatment. He had hoped to challenge an appeal court ruling this spring that motherhood is defined as being pregnant and giving birth regardless of whether the person who does so was considered a man or a woman in law.

The decision not to consider his case is a blow for LGBTQ+ rights campaigners. The case was seen as key by the campaign group Stonewall, which hoped that the law would recognise all parents “for who they are”.

McConnell began medical transition with testosterone therapy in 2013, and in 2014 underwent a double mastectomy. His passport and NHS records were changed to show he was male, but he retained his female reproductive system. He gave birth after suspending his hormone treatment and allowing his menstrual cycle to restart.

Both the high court, in September 2019, and the appeal court, in April 2020, ruled that even though he was considered a man by law and had a gender recognition certificate to prove it, he could not appear on his child’s birth certificate as “father” or parent. McConnell had argued this breached the Human Rights Act.

In the appeal court, Lord Burnett came down in favour of the right of a child born to a transgender parent to know the biological reality of its birth, rather than the parent’s right to be recognised on the birth certificate in their legal gender.

Burnett said that laws passed by parliament had not “decoupled the concept of mother from gender”. He said any interference with McConnell’s rights to family life, caused by birth registration documents describing him as a mother when he lives as his child’s father, could be justified.

McConnell said it was the “traditional system that does not account for modern families”.

The Supreme Court’s decision marks the end of the road for McConnell’s legal case in the UK but he said he would apply to the European court of human rights in Strasbourg to hear the case.

A spokeswoman for the Supreme Court, the highest in the UK, said on Monday that the justices had decided not to consider the case because “the applications do not raise an arguable point of law which ought to be considered at this time bearing in mind that the cases were the subject of judicial decision and reviewed on appeal”.

McConnell said the decision left a “mishmash” of rules in place around the registration of parenthood for LGBT people that “need fully overhauling”.

“The law around birth registration doesn’t treat LGBT people equally on any level,” he said. “There needs to be a series of cases to address this or a change in the law. I feel I am too deep into this to stop now. I am going to keep fighting and I ask anyone who can contribute to this to reach out.”

“All parents, including LGBT parents, deserve to be recognised for who they are and it’s incredibly frustrating that the Supreme Court has missed an opportunity to progress equality,” she said.

“The current legislation contradicts the fragile equality trans people currently have, where they can have full recognition on some legal documents, but not on others. Just like any other parents, trans parents should be able to have their relationship to their child recognised on their child’s birth certificates.”