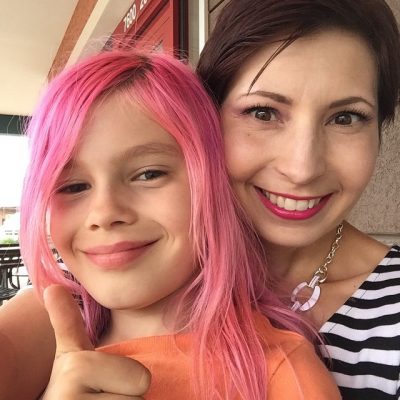 When Secretary of Education Betsy DeVos traveled to my hometown of Kansas City recently, she visited two schools that are supportive of LGBTQ students — specifically their transgender students — which matters to me as the parent of a transgender child.

But that may have given her a rosy picture of what life is like for trans youth in the middle of the country. I wanted to be sure she heard other stories to have a broader perspective of what students are experiencing, especially since her department and the Justice Department withdrew vital guidance supporting transgender students earlier this year.

I reached out to the Department of Education, and Sec. DeVos was open to speaking with me. She and Acting Assistant Secretary for Civil Rights Candice Jackson called me last week.

Like most of us, I’ve never had someone in a President’s Cabinet call me at home, so I wasn’t sure quite how to start the conversation — especially with someone who spoke of respecting all students but whose policy decisions had caused confusion and fear for many families. I decided to jump right in.

I started by telling Sec. DeVos about two high schools in Olathe, Kansas. At one school, the GSA students were taunted and laughed at both in person and on Snapchat. The principal’s response was minimal, no one was punished, and the harassment of those students has only increased in the subsequent weeks.

At the other school — in the same district — LGBTQ students were similarly teased. That principal immediately sent out a letter to all families saying that she would not stand for any student harming the mental or emotional well-being of a fellow student through harassment and intimidation.

I told Sec. DeVos that it is completely unacceptable that LGBTQ students see different outcomes when bullied based only on the neighborhood where their parents have a home and which school they are funneled into, or which city or state they live in.

Federal protections such as those offered through Title IX have been affirmed time and time again in courts and should apply equally across the country. Rescinding the guidance offered by the Department of Education in 2016 has only led to more problems for trans students, because school administrators and school boards in communities where misunderstanding about trans youth are still widespread are feeling empowered to deny them their rights.

I then told her about Ally Steinfeld, a 17-year-old transgender girl who was recently brutally murdered in southwest Missouri by her girlfriend and two of her high school classmates. Ally was the most recent of about two dozen transgender people who have died by violence in the U.S. this year. Sec. DeVos hadn’t heard Ally’s story, but I assured her that it’s one I will never forget because it’s my greatest fear.

There’s obviously no way to know for sure if any change in Ally’s life could have prevented her death, but I have to wonder if a more welcoming environment for students like her would have made a difference.

Could teaching about gender identity, about tolerance and respect for people who are different, or having a transgender-inclusive policy in her high school have affected how her “friends” viewed her and stopped them from slaughtering her like an animal? We will never know, but I would like to see us try to create a safer world for the entire trans community, and it could start with educating our children early.

Next, I told her about a young teen trans boy who lived a couple of hours away from here. He knew without a doubt that he was unquestionably and unconditionally loved by his family because they had supported him with his transition. But he was forced to use a separate bathroom in his school, which led to him being bullied. His parents are now living through every parent’s nightmare…the loss of their child to suicide.

The causes of suicide can be very complex and transgender students can be very resilient, but this young man’s parents can’t help but wonder how things could have been different.

The school administrators said they were sorry, but they didn’t think there was anything they could have done differently because some parents had expressed concern about which bathroom he would use during the day. The administrators didn’t want to make any other kids uncomfortable. They didn’t understand what other school leaders and the American Academy of
Pediatrics understand — that respecting students for who they are is criticalfor their well-being and doesn’t harm anyone else.

I challenged Sec. DeVos to find a single parent in this country whose cisgender child was harmed by sharing a bathroom with a trans child. I guarantee she won’t find any parent like that. Trans children are the ones at risk. Children like my daughter are dying for nothing more than being themselves. I told her about two that we lost in the last couple of months and that I hoped she thought even losing one was one too many.

I challenged Sec. DeVos to do something about this — something more than hopeful words about wanting transgender and gender non-conforming children to be treated fairly. DeVos and Education Department officials have said they will “evaluate” complaints of discrimination from LGBTQ students, but they refuse to say clearly that the law protects them or that they will actually do anything about the discrimination children like mine face.

I challenged DeVos to provide real leadership that says the most vulnerable youth are going to be protected and not further marginalized by our government. We need this stated publicly, over and over and over again. We need state legislators to hear it. We need school boards and school staff to hear it. And we need every transgender child — those who have already come out and those who are just trying to find their courage and their voice to proclaim who they are — to hear it so they will know they are valued, seen, and protected.

I didn’t hear any promises from Sec. DeVos, but she needed to hear what I had to say. I am determined to keep telling my family’s story and the stories of families and children like mine and to make this world a more loving place for them. If, like me, you want to make your local schools and community are more welcoming for transgender students, you can find resources at NCTE’s School Action Center.