There is No Room for Toxicity in My Life.

Transgender people suffer trans phobic attacks from strangers and family, and it burns deep like the roots of a lava pit far below the surface of a dormant volcano.

It’s hard enough dealing with your own transphobia when exploring your gender identity, let alone having to take jabs and punches, or all-out assaults from even the closest of family and friends. Yes, I have suffered these attacks as so many others have. I will be giving you some real-life examples of what I have sustained but I want to warn you there will be trans phobic remarks and my reactions to them, so let this be a trigger warning for anyone who needs it. I struggled with myself greatly whether or not I should write this at all but I think it’s important to show others how hurtful this is to someone already struggling and how much resentment can follow. Perhaps this may help others to think twice before treating a loved one in this manner.

So, let’s make example number one an attack from a Facebook friend, not a real-life friend. I had recently befriended a young lady on Facebook per her friendship request to me. I looked at her profile, didn’t look like a catfish or scam, so I accepted.

I assumed she knew I was trans by my profile which any fool can see if they bother looking at my posts, my trans flag and so many other outright signs. I don’t hide the fact I’m trans. I’m proud of it and have learned to live un-apologetically, at no easy cost to myself physically, emotionally and mentally. At any rate, last week this young woman contacted me one morning to chat, perhaps get acquainted. We had a very nice textual conversation.

I awoke this morning and she made a comment on my new Facebook profile photo “you’re a man”. Now I know that comment actually meant “Ooh! You’re a MAN! How dare you try to fool me into thinking you’re a woman and invading my spaces! You should be banned from Facebook”! Of course, I deleted the comment and blocked her.

Yes, perhaps I could have responded with a comment about being trans, or try to make her understand her comment was offensive, but what am I? Her teacher? No, I don’t think so. The woman is a model and is roughly 25 years old, I mean c’mon, really? She should know better.

It hurt more than I thought it would. I don’t begrudge this woman her personal views even if it doesn’t agree with mine but don’t out me on my own Facebook feed. I’m proud of who I am but I don’t take kindly to getting attacked.

So, let’s make example number two an attack from my own son. In this example, we will see true outright American southern alt-right bias and prejudice at play. I had a somewhat strained relationship with my son for a lot of years, even though we continued to communicate. He has three children. When I came out to him, he immediately wrote me the ugliest text I have ever experienced. Clear bias and hatred in his words. There were comments like:

The text was full of obscenities; expletives and hate. I wouldn’t be surprised if he told the kids I had died as not to embarrass himself by telling them the truth. But I give him credit for one thing, he knows his beliefs and he sticks to them. We have not communicated since June 2018, now over two years. I was so upset, not necessarily surprised knowing his values, but I truly expected some compassion. But I got none, in fact, he may as well have been a stranger sitting next to me at a ballgame when I accidentally knocked over his $13.00 beer. The hate in his words was true. He really hated me, still does. I am so disappointed with the person he has become — and regret that his children, my grandchildren will never get the benefit of my love, generosity and wisdom. I regard him now as only a biological child I had at a very young age rather than a son. That helps remove some of that pain but I still feel it smouldering in the lava pits of my soul.

But perhaps the most disturbing to me is example number three, the person who I always expected to be behind me 100%, without question, without fail, my twin brother. We were very close when we were young, and in our twenties. After I married my second wife at age 32 things began to crumble somewhat. I don’t need to get into anything specific, but like most siblings there was jealousy; angst; resentment and other emotions, but also the good reminiscent memories of so many years of being inseparable, being family, being a twin.

My twin didn’t take my coming out as trans very well, but he did his best to understand. I’m sure he may have felt something like “well hell, if you’re queer, what about me?” I hear that is pretty common with twins. But at first, he really tried to support me. He said he was proud of me for being true to who I am after a period of time getting used to the idea. Yes, I’m sure he suffered the stages of grief for the person he always thought I was. I know I caused him that grief, but I knew my twin brother would come through those stages like a champ and rise to my side, standing shoulder to shoulder to defeat my enemies and trespassers, to accept he has a sister rather than the brother he thought he had all along. We could still break each other’s chops; joke and listen to the music we always loved and played together, couldn’t we?

Well, that didn’t really happen. I had my orchiectomy last July. After recuperating at home for a couple of days, I sent a harmless email to my siblings just letting them know I had the surgery and was doing fine. I even made a joke about it.

Well, that must have been the proverbial straw that broke that camel’s back. The next morning, I received an email from my twin that was such an attack, it made D-day look like a walk in the park, at least to me anyway. He even had the nerve to cc my siblings and nephew in his transphobic missile launch. He tried to hide his transphobic fear and hate under the guise that I was the transgressor for not putting any effort into our relationship. That may have been true had it not been for the turmoil I was experiencing due to my gender issues and transition, let alone taking care of my terminally ill wife, Lucille, may she rest in peace.

His words were clear enough. Regardless of trying to make me look like the selfish one, he actually said these fine things:

Even a year later I am still angry. Angry because I can and will never forgive him for letting me down in the worst way while I was struggling so hard to care for my wife. I needed him to be there for me then more than ever, but he decided to bounce.

I re-read the email from time to time hoping my anger has subsided. Rather I find that persistent anger being stoked by the lava burning below. It is not time for me to let it go. I do not know if I will ever be able to let it go, even though I know it would be better for me and my emotional health to forgive him. I’m not ready.

I have learned that the only way I can be happy and live my life to the fullest is to rid myself of toxicity. I have gained so much love and friendship that I will live authentically and unapologetically without toxic people in my life, and you can too.

Do not give away your happiness, peace and contentment to anyone. We all deserve much better. 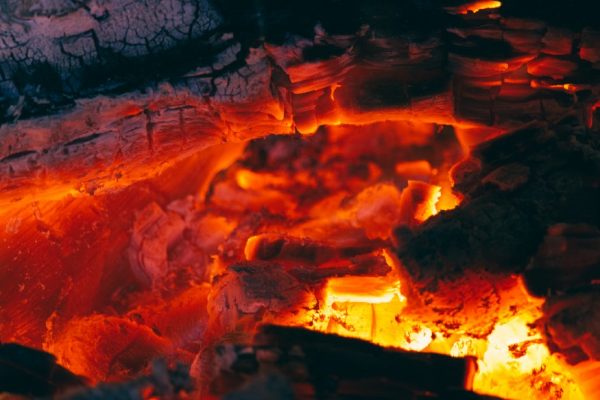 Photo by Alex Holyoake on Unsplash