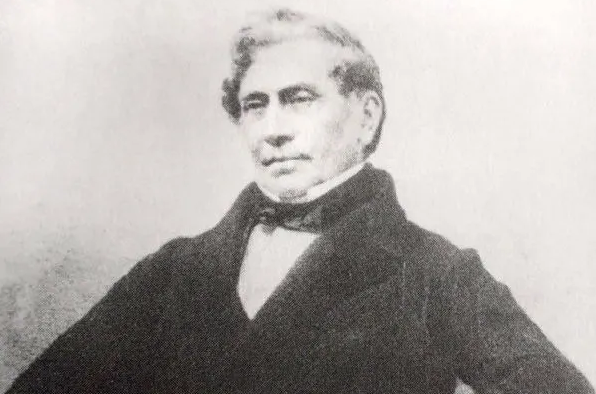 Barry’s is a story that’s begging for a rich, clever film or novel adaptation. He was a whip-smart, vicious personality who combined Gregory House’s harsh tongue with genuine medical innovation. He butted heads with Florence Nightingale, got arrested multiple times for his blasé approach to authority, was embroiled in a steamy sex scandal with a colonial governor, and fought in duels. During his career as a military doctor, Barry became the first white person to perform a successful C-section and shook up British colonial administrators by constantly pushing for better public sanitation and healthcare. He was also transgender, a fact that’s inevitably been at the centre of the backlash to Levy’s book.

Though historical records don’t tell us everything about Barry’s circumstances, they’re compelling enough for him to have re-emerged in the public eye over the past few years — for all kinds of reasons.

Assigned female at his birth in the late 1700s, Barry grew up in a Catholic family in Cork and enrolled in the University of Edinburgh Medical School as a man. He lived out the rest of his life as male with unusually well-documented persistence, even explicitly setting out in his will that he did not want his body examined after he died. Because this request was ignored and the story of Dr Barry’s ‘female body’ leaked to the press, James Barry’s place in history has turned into something of a on-going battlefield.

“Dr. James Miranda Barry deserves to be widely known, a heroine for our time, for all time,” E.J. Levy tweeted earlier this week while announcing her upcoming novel about Barry. The gendered word was deliberate — Levy, like many before her, has made it very clear she believes Barry was a woman who disguised herself as a man to practice medicine.

As trans people and allies from all walks of life took issue with this interpretation, Levy flatly denied wrongdoing. “Write your own book,” she insisted repeatedly, rejecting what she calls ‘the trans take’ on Barry’s life.

The utter absence of any comprehensive ‘trans take’ on history speaks volumes about Levy’s interest in her own protagonist. Recent research into James Barry’s relationship with his own gender has been a rare, precious find for trans communities. This isn’t just because his historical record shows evidence of a trans man living a full, rewarding, and exciting life. It’s because history — both the recording and doing of it — rarely offers up such a fascinating, complex, and well-documented case study of a transgender person.

As EE Ottoman’s excellent public history essay on Barry comprehensively demonstrates, Barry’s life offers insight into the logistics and lived experiences of transness before the mainstream recognition of LGBTQ communities and identities. Case studies like his, Ottoman shows, also reveal the limitations of existing historical methodologies and the gaps in women’s, queer, and gender-specific historiographical practices. People who’ve taken Levy’s line about Barry — that he was a woman disguised as a man — do not engage with contradictory points, like the fact Barry chose not to take up offers to move to Venezuela where he could legally practice as a woman, or that Barry did not reveal his assigned sex when facing accusations of ‘sodomy’ with another man.

It’s essential that when we challenge books like Levy’s on the grounds of trans representation, we also talk about writing good trans history. Trans history as separate from general LGBTQ history is still a very new field, with little established work or methodology.

While amateur historians/organisers like Leslie Feinberg and Lou Sullivan produced some biographical works like Transgender Warriors (1996) and The Life of Jack Bee Garland (1990) alongside their activism in the 1980s and ’90s, seminal academic texts like Susan Stryker’s Transgender History (2008) and Christine Burns’ edited collection Trans Britain (2018) only emerged in the last decade. It’s wonderful that comprehensive works are finally arriving, but furious public debates over lives like Barry’s demonstrate the urgent need for trans history as practice — i.e. the professionalization of trans-specific academic history.

Public and professional historians’ approaches to people like Barry show a reluctance to update existing historiographical schools based in second-wave feminism or queer theory. This is how we get interpretations like recent Barry biographers’ Michael du Preez and Jeremy Dronfield, who present Barry as a ‘woman ahead of her time’, or E.J. Levy’s, who claims her novel demonstrates that ‘she [Barry] refused facile gender categories’.

In works like these, we see historical transness flummoxing cisgender writers who have no framework — or, perhaps, desire — to see trans people in history. Both approaches, emphatically presented as based in historical fact and methodology, reveal an on-going inability to treat gender non-conformity and transness outside of a very limited modern context. James Barry must be a woman defying Victorian gender constraints or a radical proto-feminist over what he spent the vast majority of life demonstrating he was, with every method available to his historical context: a man.

The absence of a word for historical transness, as well as the relatively small mainstream body of work dedicated to trans history, often allows cisgender historians and artists to duck out of the thorough, rigorous historiographical work they would be expected to do with other subjects. Historians of cisgender gay, lesbian, bi, and queer people will be familiar with the excuse that’s often used to present people like James Barry in startlingly modern, superficial terms a “Badass Bitch of History” or a “gender-fluid Victorian doctor”: we can’t know for sure.

This is a lazy, academically stifling throwing-up-of-hands that discards LGBTQ people’s on-going, dedicated work to historicise our lives and communities. It’s also a violent indifference to the fact that many of the people working on trans methodologies and histories, like the UK’s new graduate-run Trans Studies Network or activist Tourmaline’s (notoriously plagiarised) efforts to historicise community leaders like Marsha P. Johnson, do not have the institutional clout or financial means simply to ‘write [our] own book’.

It’s here that the technical practice and institutional culture of professional history matters when it comes to carving out trans history: this is the foundation of public history, the conduit through which we define and understand different experiences. This is where historians — of trans people, but also of LGBTQ communities, of women, of masculinity — must demand and do better, not just in our own work but also in our institutions, publishing houses, and media.

When historians treat LGBTQ people as new phenomena or eternally subjective, this contributes to public legacies shaped by homophobia and transphobia. It’s what continues to get us stories about gay icons like Alan Turing or Freddie Mercury focused on their relationships with women, or films where cisgender movie stars play trans people. (Despite recent in-depth conversations about Eddie Redmayne and Scarlett Johansson accepting transgender roles, Rachel Weisz is still slated to feature in a biopic of James Barry). It’s also what’s keeping trans lives firmly excluded from even LGBTQ-specific public history. At my own institution, Oscar Wilde is currently the centre of multiple LGBTQ History Month events while Oxford largely ignores its most famous trans alumnus, healthcare pioneer and author Michael Dillon.

Trans history has the potential to expand and transform both academic and public history. Lives like James Barry’s are fascinating precisely because they reveal the ways in which trans and gender-nonconforming people have navigated, embodied, and survived gender across historical and cultural contexts. Existing work on figures like Thomas/ine Hall and the Chevalier d’Éon, as well as more recent historical moments like the 1980s New York ballroom scene, offer a wealth of insight into historical ideas of gender, community, sexuality, class, race, and language.

Doing trans history properly, as recent interest in stories like James Barry shows, involves work and hard conversations. It means upending entrenched practices in both academic and public history, from the reshaping of curricula and methodology to heightened accountability for trans-related media. It also involves prioritising trans people, regardless of their proximity to the academy, who have dedicated themselves to exploring, improving, and documenting trans lives.

At a time when trans people are increasingly visible and vulnerable, this is work deeply worth doing. We deserve a public history that not only uplifts and represents marginalised voices, but explicitly recognises the power of telling our own stories.