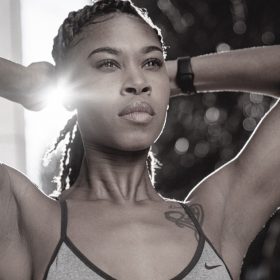 Photo by dusan jovic on Unsplash

There are many potential landmarks in a young man’s life. His first shave. His first kiss. His first time breaking the women’s 100m world record.

For Jack Hale, the last of these took place on an overcast September afternoon in Hobart, Tasmania. He was 16-years-old. His time of 10.44 seconds shaved 0.02 seconds off the previous Australian under-18 boys record and 0.05 seconds off Florence Griffith-Joyner’s world record of 10.49 seconds. A mark that has stood since 1988.

Yet even though he’s run faster than any female athlete in history, you’ve probably never heard of Jack Hale. Or the 852 other male athletes who broke the 10.49 second-barrier in 2021 (20 of whom were also under 18).

You won’t see them on TV or the cover of magazines. They won’t receive lucrative sponsorship deals or get paid millions of dollars to appear in inspiring adverts. And it’s not because they don’t train hard or make enormous sacrifices to perform at such a high level. It’s certainly not because they don’t deserve recognition.

It’s because, we acknowledge that males and females are different. And that the best of both deserve their place in the spotlight.

If you’ve been paying attention to the debate over trans women in sport lately, you almost certainly have heard of Lia Thomas.

You’ll have heard that this transgender swimmer won the 500 yard and 1650 yard freestyle events at last December’s Zippy Invitational, breaking numerous records in the process, and beating the second-placed female athletes by 14 and 38 seconds respectively. You’ll have heard that she competed on the men’s team for three years (most recently in November 2019) before transitioning. And you’ll have heard over and over again that anybody who dares to ask whether this is fair is transphobic:

After all, the argument goes, if trans women have an unfair advantage, why don’t they win every time? If males are so much more athletic than females, how do you explain athletes like Serena Williams and Sha-Carri Richardson and Amanda Nunes? If physical advantages are unfair, what do we do about once-in-a-generation talents like Michael Phelps and Simone Biles and Usain Bolt?

And they have a point. Last December, Katie Ledecky won a 1500m freestyle race by 36 seconds. Flo-Jo’s 100m world record looks as if it might never be broken (although some suspect she was doping when she set it). Lia Thomas doesn’t win every time she swims. In fact, she recently came sixth in the 100-yard freestyle whilst competing against female athletes (including one trans man).

Sport is not and will never be a level playing field.

But the issue with trans women competing against female athletes isn’t that having an advantage guarantees that you’ll win (even athletes who take illegal substances lose sometimes). It’s not that males are always stronger or faster than females (Serena and Sha-Carri and Amanda could humiliate every man reading this in their respective disciplines). And, at least in the vast majority of cases, it’s not that sporting bodies want to exclude trans people from sport (as demonstrated by the fact that very few people are trying to prevent trans men from competing against males).

The issue is that when you’re talking about the top 1% of male and female athletes, when the margin between glory and obscurity is measured in thousandths of seconds, male puberty functions like a performance-enhancing drug.

I mean, think about it this way:

Imagine there was a drug that made me 7% taller and my bones around 8% more dense. Imagine if it increased the size of my heart and lungs and hands, and reshaped my pelvis so I could exert force through my legs more efficiently (when sprinting or cycling for example). Imagine if this drug increased the number of fast-twitch fibres in my muscles so that I could generate more powerful, explosive movements.

If I took a drug that did all of these things, I still wouldn’t win every time (or probably at all) against elite athletes. I’d still lack the grit and determination to train day after day after day. I’d still crack under the pressure of the big stage. Being a champion requires more than most people are able to give.

But let’s say I managed to come third. Are we really going to pretend this wouldn’t be unfair to whoever came fourth?

They say you shouldn’t point out a problem unless you have a solution. And I’m not sure if I do. But I do have an idea that, surprisingly enough, I’ve not heard anywhere else.

This avoids trans women setting women’s world records that female athletes will never be able to equal, it gives women, trans women and trans men (who are often overlooked in this debate) the opportunity to stand on the top step of podiums and inspire people who identify with them. It recognises the undeniable biological differences between these categories without excluding anybody.

After all, sport is about inclusion and fairness. We don’t need to sacrifice one to preserve the other. We just need to acknowledge the differences between us. And remember that all of us deserve our place in the spotlight.