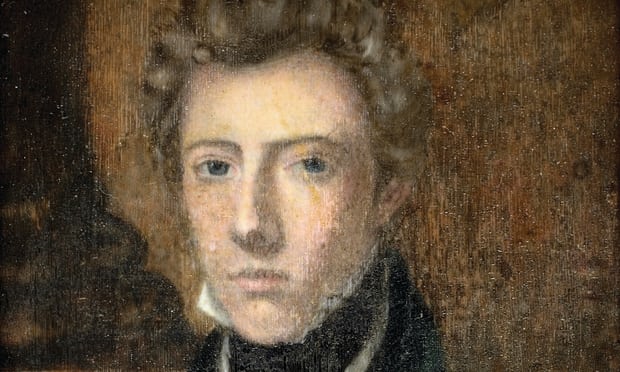 Dr James Barry, who concealed the fact that he was a woman throughout successful medical career, recognised by Historic England

Dr James Barry ‘was the most hardened creature I ever met’, according to Florence Nightingale. Photograph: Oneworld Publications

He died in 1865 and his gravestone reads simply “Dr James Barry, Inspector General of Hospitals”. However, he was one of the most renowned of all Victorian surgeons, and because he was born Margaret Ann Bulkley, he holds an important place in the UK’s transgender history.

The site is being marked by Historic England, which on Tuesday announces a slew of heritage listings and relistings of places which are part of the nation’s LGBTQ story. In total there are two new listings and 14 relistings, announced to mark this week’s 50th anniversary of the Sexual Offences Act, which, albeit partially, decriminalised homosexuality.

The heritage minister, John Glen, said it was “vital that we remember all the communities that have shaped our past. I am delighted that we are recognising the significant contribution made by these outstanding people and protecting the places where they lived and worked for future generations.”

The listings shine a light on fascinating stories and people, not least Barry, who hoodwinked the military and medical establishment by masquerading as a man and rising to the top of his profession.

Because women were barred from most formal education and most professions, he had no way of fulfilling his dreams without the pretence. Barry enlisted in the army soon after graduating from Edinburgh University and served around the world. In 1826, he carried out a successful caesarean section in Cape Town – an operation not performed in Britain until 1833.

Barry, a teetotaller and vegetarian, was considered something of a squeaky-voiced eccentric, who even acquired a reputation as a “ladykiller”. He was also bad-tempered and coarse, with Florence Nightingale among those who got on his wrong side. Nightingale evidently despised Barry and wrote: “After he was dead, I was told that [Barry] was a woman … I should say that [Barry] was the most hardened creature I ever met.”

Barry retired in 1859 and died in 1865. A charwoman who washed his body discovered the sensational truth. Barry’s grave in Kensal Green cemetery, London, was already listed, but has been relisted with the connections to LGBTQ history now included.

The two new heritage listings are a Devon coastal retreat shared by the 20th-century artists Judith Ackland and Mary Stella Edwards, who made a life together after meeting as students, and a chapel in Saunton, Devon, which contains a stained glass window created by the artist and suffragette Mary Lowndes, who lived in London with her partner, Barbara Forbes.

The relistings include the homes of 20th-century artists and writers such as Vita Sackville-West, Hannah Gluckstein and Lytton Strachey.

Deborah Williams, Historic England’s listing team leader for the west, said LGBTQ stories had sometimes fallen through a gap. “That’s why we want to uncover and share the untold stories of these buildings and places. They have a rightful place in our nation’s history. Anybody who wants to should be able to get a glimpse into the lives of the remarkable people who lived, worked in and visited them – to understand their achievements and the challenges they faced decades and even centuries ago.”