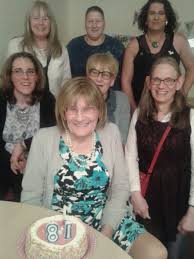 Understanding the biology behind gender identity

In the winter of 1989, a truth emerged about Billy Tipton that shocked his family – and the world. The celebrated jazz pianist of the 1930s was 74 by then, suffering from a hemorrhaging peptic ulcer. He had refused to go to the doctor. Impoverished, he was living with one of his three adopted sons. Paramedics were summoned. It was while they were trying to save his life that they made a shocking discovery. Tipton was a biological female.

His children had no idea. And neither did his ex. He died before he could explain. Born Dorothy Tipton, he had started dressing as a man for professional reasons, but soon lived openly as male. To his female partners – he had had several long-term relationships – he told a story that he had been in a terrible accident that left him with damaged ribs (hence the need for permanent bandages) and genitals.

The Tipton story is one of many that people cite when explaining that transgender figures have always existed – only hidden from view. Today, in part due to the recent emergence of Caitlyn Jenner and shows such as Transparent and Orange is the New Black, they’re part of daily life.

That visibility has also come as a result of the community’s pent-up exasperation about being misunderstood, marginalized and mistreated. Historically, a lack of knowledge about gender identity has resulted in problematic therapies. But now, finally, medical professionals and researchers are starting to pay attention, paving the way for a better understanding of transgender people and how to help them.

Just as homosexuality was once seen as a pathological disorder in the Diagnostic and Statistical Manual (DSM), gender identity issues (called “gender dysphoria” in the DSM) could eventually lose that psychiatric classification.

For years, doctors and scientists had a fixed idea of what constituted a “healthy” expression of gender. People who were pressured to conform to a gender norm included trans people and intersex patients, whose genitals were considered ambiguous or non-normative at birth. According to the Intersex Society of North America, these pressures still exist: 1 or 2 in 1,000 babies undergo surgeries to “normalize” genital appearance at birth.

But now there’s mounting evidence that gender identity is rooted in the brain. In January this year, neuroscience researchers at the University of Vienna in Austria discovered “strong differences” in the microstructure of brain connections of cisgender control subjects (men and women who identity with their biological sex) and transgender people. Using a specialized MRI technique that allows them to study brain wiring, they found “these differences in really almost all networks in the brain. It was quite a huge finding,” one of the researchers, Georg Kranz, says in a phone interview. On a spectrum of neurological characteristics, whose two polarities are defined by the cisgender female brain and the cisgender male brain, the characteristics of the brains of transgender people, on average, fell somewhere in the middle.

“We show that trans sexuality is a human biological variation, and I think that is a kind of relief for transgender people,” Kranz says.

One of the leading experts on the subject is Dick Swaab, professor of neurobiology at the University of Amsterdam and author of the book We Are Our Brains. According to his theory, which the researchers at University of Vienna share, the male hormone, testosterone, plays a key role in shaping the parts of our brain that influence gender identities. This happens in the womb during the second of two phases. In the first half of gestation, surges of testosterone – or the absence of it – influence the development of the genitals as male or female. In the second half of fetal development, testosterone surges – or their absence – shape the brain in terms of gender identity in the female or male direction.

His findings in the 1990s led to important amendments in Europe for trans people, such as allowing them to use their gender identity rather than their biological sex on their passports.

But his work has also met with controversy. The idea that male, female and transgender brains are different upsets feminists, for example, who maintain gender is a social construct. (“Nonsense,” Swaab says to me, when I float this idea.) In the eighties, he also identified the “gay brain,” which caused the homosexual community to suspect that some form of intervention was his true motive.

“It’s just a matter of interest in brain development,” Swaab explains on the phone. “And let’s not forget, it was once said about homosexuality that it was a choice, and some called it a political choice. And when I said the choice was made for you in the womb, people became very angry. But nowadays, it’s very well accepted that it’s programmed into the brain and cannot be changed.”

To emphasize that gender identity is set before birth, Swaab, as well as others familiar with the medical history and work in gender identity, point to the case of David Reimer, a boy born in 1966. A botched circumcision at birth left him without a penis, and John William Money, a psychologist and leader in gender identity issues at the time, convinced the parents that sex reassignment surgery would be in the child’s best interest. His testes were surgically removed at 22 months. He was named Brenda, raised as a girl and given female hormones at puberty. Money, insisting that gender identity was learned and not innate, published the case as a success. It was not. Witnessing their child’s distress and trauma, the parents refused to let the doctor create an artificial vagina at a later age. Since the age of 9, Reimer failed to identify as female. At 15, he transitioned to living as male. After a series of hardships in adult life, he committed suicide in 2004.

“This case shows that you can do whatever you want after birth. But you don’t change gender identity,” Swaab says.

Recently, a study at the University of Washington focused on prepubescent transgender children, which appears to support the notion of innate gender identity. The study sample was composed of transgender children, whose parents support their gender identity, with a control group of children who identify with their natal sex. Researchers used the children’s own self-reporting about gender as well as psychological tests that assess the speed with which they associate various concepts of male and female. “We were a bit surprised,” says Kristina Olson, a social psychologist and the lead researcher on the study. “We found that transgender boys respond like boys, not girls, and trans girls respond like girls and not boys. This suggests that gender identity is not something the kids are just saying or pretending or doing to be oppositional.”

The research is the start of a longitudinal study. Olson wanted to help families with transgender children by providing research that could help them make decisions about how to handle the issue. In Canada, 22 to 43 per cent of trans people report a history of suicide attempts, according to Trans Pulse, a research initiative with Rainbow Health Ontario. “These kids are gender pioneers. We want to see if the statistics on mental-health issues will apply or not,” Olson says.

The rising awareness of transgender issues is causing changes in medical practices as well. “Medical schools are going to study this area,” says Joshua Safer, a professor of transgender medicine at Boston University, one of the few medical schools to have gender identity on the curriculum. “I’m just an endocrinologist … I was handed the transgender issue [in 2004] because I’m a nice guy. No one else would do it because of the stigma.”

Safer is now a spokesperson for the World Professional Association for Transgender Health, an international, interdisciplinary non-profit medical organization that provides standards of care for the transgender community. “Most medical schools across the U.S. and Canada will have courses on what is called cultural competency – being appropriate to patients who might be different from yourself, and how to be a good professional in that instance. That might be about LGB [lesbian, gay, bisexual]. But that’s it.”

Now is a sanguine moment in the trans community. There is still much to be done to fight transphobia and provide broad medical support in some parts of the country but society’s growing understanding of their reality – and the increasing number of role models – provide valuable support.

Their journey has not been easy. Over the past few months, I sat down with transgender people, young and old, and each time came away with admiration for their courage to live an authentic life – something we all give lip service to, but which, for them, comes with enormous sacrifice and risk.

Susan Gapka is a tall and fit 56-year-old, a grandmotherly figure in the Toronto trans community. Dressed in a dusty-rose business suit, she lays out the trans issues methodically and gently – the lack of access to medical care, the history of electroshock therapy as a treatment, struggles with unemployment and housing due to transphobia. The founder of the Trans Lobby Group in Toronto, she lived the first 41 years of her life as a man. There was a heterosexual marriage, followed by separation and a 10-year period of substance abuse and homelessness. Fifteen years ago, Gapka realized she had to address her distress over gender identity and began to present publicly as a woman.

I met Gapka last month during the week that Bill 77, a landmark piece of legislation passed in Ontario that prohibits health-care treatments that try to change the sexual orientation or gender identity of someone younger than 18. An Ontario law from 2012 protects gender identity and gender expression under the Ontario Human Rights Code.

“I was shaking. I have seen a lot of change,” she told me. For many years, people in the trans community have been concerned about the controversial “conversion” therapy in the Children’s Gender Clinic of Toronto’s Centre for Addiction and Mental Health. But no one would listen, they say.

Bill C-279, a private member’s bill in the federal Parliament, adding gender identity as a prohibited ground of discrimination under the Canadian Human Rights Act died when Parliament prorogued until after the October election.

While new medical research is validating for transgender people, none of them have been waiting for it to emerge. Few see the emerging science as having any significance beyond helping heteronormative people in the wider culture accept an alternative reality.

“Science is great if people need that kind of authority in order to believe something,” one person explained to me, echoing the sentiment of many. “But I don’t need science to tell me who I am.” 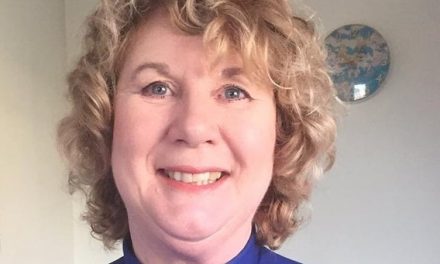 Belfast Newsletter Lent is time to reflect on the compassion and courage of Jesus, which perhaps can help us address ‘concerns’ around transgender identity 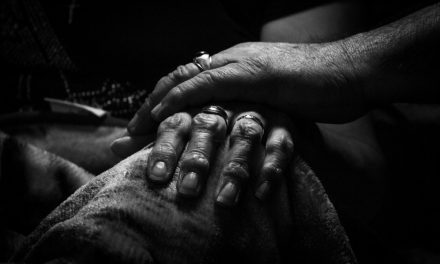 Why Are We Erasing Trans Elders?

Focus: Who we are 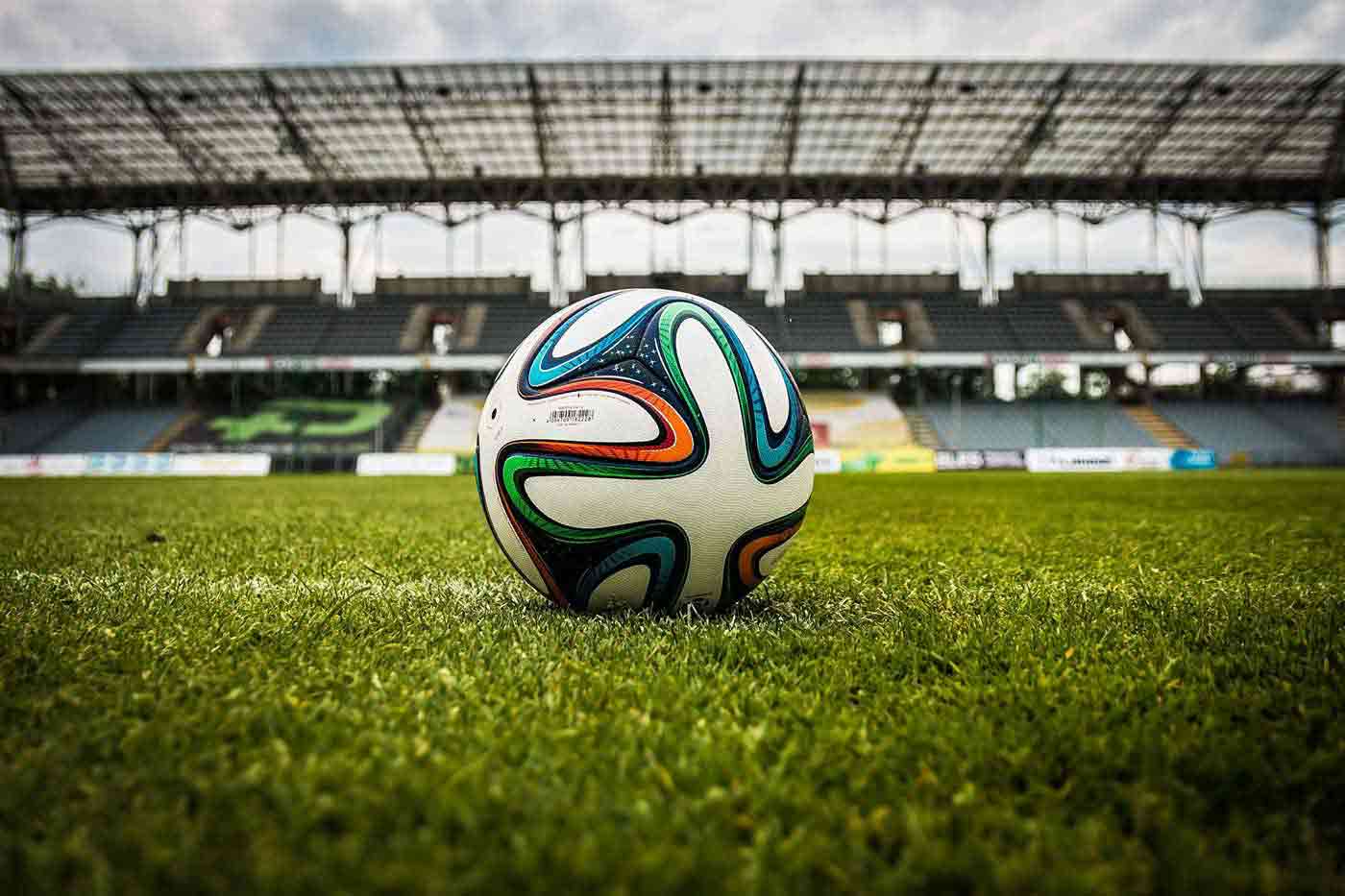