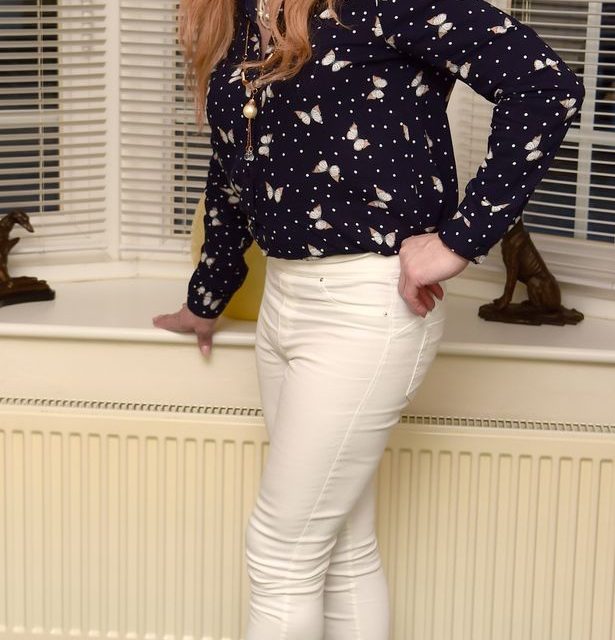 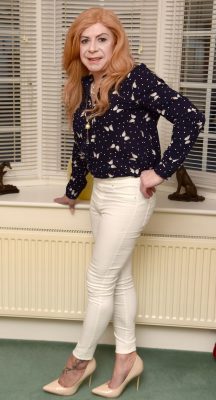 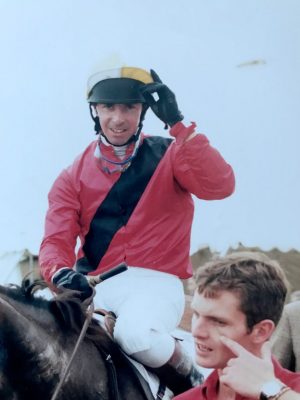 Victoria Smith spent her whole career suppressing a big secret – terrified that she would become an outcast in the male-dominated world of racing.

As Vince Smith, she hid her wish to be female, passing herself off as one of the lads and was even known as a bit of a hellraiser.

Looking back over 50 years on her previous life as a man, she said: “I had a reputation for chasing women with the rowdy lads.

“I was very fortunate, I went out with some stunning girls. I was in love with them but also envious of how they looked.”

But pals had no idea of the real reason she was so keen on “eyeing up the girls”.

Victoria added: “I’d find myself looking at women not because I fancied them but to examine their clothes and make-up.”

But, since living as a woman, Victoria has received moving messages of solidarity from friends in racing, including three-time champion jockey Richard Dunwoody and Cheltenham Gold Cup winner Graham Bradley.

She added: “Everyone in racing was completely shocked. But the support has been absolutely unbelievable and overwhelming, the total opposite of what I expected.

“During the 80s and 90s racing was a very masculine sport so the idea of anyone finding out terrified me. It was such a relief when I finally confided in a friend because I had lived with this secret inside since the age of five.

“I have never been in captivity but it felt as if I had been in prison that whole time and then suddenly released.”

The jockey has never married and has no children, but enjoys the support of ex-partners, including Lorina Anderson.

Victoria added: “I have had four long-term relationships with women, ranging from four to seven years in length. They’re all still in touch and I went out to celebrate my last girlfriend’s birthday three weeks ago.

“It was really nice she wanted me there. We split three years ago but are on good terms.”

Victoria is now in talks to ride in charity and Legends races over the next year.

She added: “I rode as a male for 17 years while always wanting to be female. But if I was born a woman I wouldn’t have had opportunities in racing or made all the friends I did.

“So I want to finish off my career by racing once as a female. I’m determined to do it.”

Victoria, who grew up in London, experimented with her mum’s make-up and shoes as a young boy and throughout her teens.

In public she put on a macho persona – often getting into fights with classmates.

She added: “I tried to make myself harder and harder. I could feel this femininity inside so made myself more aggressive to compensate. I was in a battle with myself… it was like a double life.”

Victoria had dreamed of being a jump jockey after watching racing with her grandfather.

She had lessons in Richmond Park and at 16 moved to racing HQ Newmarket, in Suffolk, to become an apprentice.

At 18, Victoria came seventh in her first race, the Daily Mirror Apprentice Championship Handicap, on April 14, 1983.

She enjoyed a 17-year career on the flat and jumps, winning 250 races, appearing at Royal Ascot three times, riding the Topham Chase, over Aintree’s National fences, and the Cheltenham County Hurdle.

Victoria said: “During the good times I managed to suppress my feelings of femininity. But whenever an injury or relationship problem came along it always surfaced again.”

After retiring as a jockey Victoria turned trainer and went on to coach 82 winners in five seasons. Her biggest win came in 2005 when 20/1 shot Blitzkrieg won the Autumn Stakes at Salisbury.

But even while posing with champagne in the winner’s enclosure, she was secretly dreaming of becoming a woman.

In 2015 a relationship breakdown forced Victoria to confront her feelings.

During this period, boxing manager Kellie Maloney and Olympic gold-medallist Caitlyn Jenner announced their decisions to switch gender. Victoria, who is still attracted to women, said: “It helped that high-profile people, like Kellie and Caitlyn spoke out. It made me think ‘if they can do it, why can’t I?’”

Over the next year Victoria, who now lives in Newmarket, began speaking to transgender people online. She built up courage to attend an LGBT club night, walking into a hotel room as a man and emerging in women’s clothes.

Victoria said: “I was completely terrified, like going out for my first ride on the course.

“It was the same feeling of being nervous, excited and trying to put the right foot in front of the other without falling over.”

On January 1st last year she decided to become a woman, choosing a name she wanted for a daughter.

She began secretly taking hormones and having electrolysis to remove facial hair. But it was not until September she felt able to tell her friends in the sport – a who’s who of racing stars from the 80s and 90s.

Dunwoody, 54, texted: “I really hope it all goes well and you have my full support.

“I’d be lying if I didn’t say it was a total shock. I’d consider you my best mate in racing. I hope we can catch up and have a beer soon.”

And Steve Smith Eccles, 63, who won three Champion Hurdles in the 80s, joked when he saw a photograph: “Don’t come around here dressed like that or I’ll want to jump on you.”

She only came out to her parents two months ago, around Christmas – first to mum Moyra, 76, and then to her dad John, 78.

She said: “When I showed dad the pictures of Victoria, he turned to Mum and said ‘you always wanted a daughter didn’t you?’ ”

“We now go to his local pub together for a drink with no worries – and that’s one of the things that pleases me the most.” Victoria is waiting for her Gender Recognition Certificate, with NHS rules requiring her to have lived as a woman for two years.

She currently wears a wig and plans to have hair follicles inserted and plastic surgery. But she is undecided about full surgery.