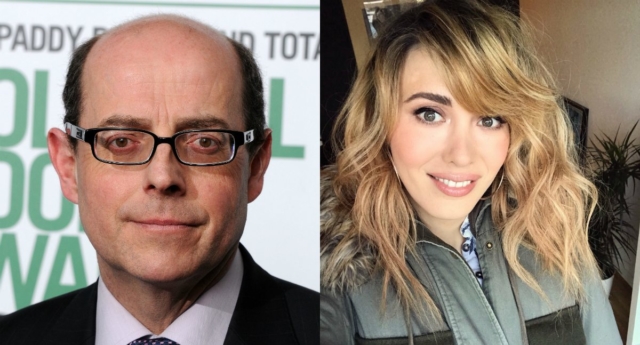 I recently took part in Nick Robinson’s podcast Political Thinking. Nick was the BBC’s politics chief for many years and also Political Editor at ITV. People take him seriously, and it was on that basis that I agreed to take part.

The producers said they wanted to “discuss both political ideas and some of the personal experiences and reflections that have shaped [my] politics.” Cut to me sitting in a studio, jaw on the floor, while Nick tells me about “blokes who’ve had sex changes going into girl’s changing rooms in schools” – despite the fact there is no evidence that this has happened, anywhere, ever.

Where do these bogeymen exist? In the pages of the Times and the New Statesman and now, seemingly, in the mind of Nick Robinson. Like the yeti or the Loch Ness Monster, it looms in people’s imagination, despite a complete lack of supporting evidence.

I was astounded that a journalist of his calibre seems to have accepted such sensationalised stereotypes at face value, expressed in the language of the gutter press. “Sex change” is not a medical term or one that I, or any trans person I know, would use to refer to the various complex processes of medical transition. It’s rude, misleading and reductive: like referring to a mastectomy as a “tit chop”.

The interview that followed is a prime example of everything that’s wrong about the way some very senior journalists approach trans issues. Nick didn’t want to discuss the fact that nearly half of trans children in Britain have attempted suicide. When I raised this urgent issue, he responded by changing the subject: “Hmm. But just deal with some of the gritty issues because you know they’re causing a lot of debate”.

And these more pressing issues were? Ah yes, the gritty issue of radical feminists who wish to exclude trans people feeling insulted when people refer to them as Trans Exclusionary Radical Feminists. They don’t like being called bigots in the same way racists don’t like being called racist. Clearly far more important than what to do about children, in modern Britain, feeling so desperate and alone that they want to kill themselves.

The BBC pays Nick between £250,000-299,000 a year. He is extremely well paid and should be extremely well-informed. He seemed completely unaware, though, that the proposed changes to the Gender Recognition Act – which will make it less difficult for people like me to change the gender on our birth certificates – won’t make any difference to changing rooms and public toilets.

There are no laws in this country on which facilities people can use and there have never been. I tried to inform Nick of this simple fact several times. I explained that I don’t have a Gender Recognition Certificate, so my birth certificate still says I am male, yet I’ve been using female toilets and so on for the past ten years, without causing any problems.

In response, Nick kept telling me that “human rights laws” could be used to allow predators to enter female-only spaces. This is simply not true. I will repeat it, again, for the avoidance of doubt: the Gender Recognition Act has absolutely nothing to do with toilets or changing rooms.

I don’t have a Gender Recognition Certificate and I can walk into any toilet or changing room I like at any moment – I wouldn’t be breaking any laws. To suggest anything else is to misrepresent the law. It is inaccurate.

Nick said he was just posing the questions, but as I pointed out to him, questions like “Should gay people be allowed near children because there are fears they might abuse them” or “Should black men be allowed to be taxi drivers because there’s a fear that they might rape women” are hardly neutral.

I predict that most people will look back on questions like “should trans women be allowed in women’s toilets because there’s a fear it’s not safe for women” and be as appalled as I am today.

It was difficult to believe Nick was just playing Devil’s advocate by asking me a series of sensationalised questions when it was clear he was speaking from a position of ignorance himself.

There is a difference between just posing a question you know to be incorrect, to make a point, and repeating a stereotype because you believe it.

When I pressed him about what he meant about “blokes who’ve had sex changes in girls changing rooms in schools”, for instance, and asked him why a “bloke” – an adult – would be in a school, he backtracked and said he meant kids.

But “sex changes” – ie genital surgery are not performed on children in the UK, and as I pointed out, transgender girls are not “blokes who’ve had sex changes” and the families of these kids would be really upset to hear their loved ones discussed in this disrespectful manner.

A few years ago I met a 15 year old trans girl called Ceira who was fully supported by her school and family – is this who Nick means when he says “blokes who’ve had sex changes”?

Nick framed people calling for anti-trans discrimination as a “debate”. I have no idea what “transgenderism” is and Nick refused to explain what he meant when he used this term, but it seems to imply that the push for trans rights is a belief system. He also introduced me as a “transgender activist” before going on to say that “transgender activists” are at “war” with “trans-exclusionary radical feminists”.

Ah yes, like the “war” between black people and the BNP, or the “debate” between gay people and the Westboro Baptist Church. I am a person who doesn’t think that people deserve to be treated like shit just because we are trans. It’s mind-blowing to discover that this now constitutes a political ideology.

While the other interviews on his podcast are friendly and cosy – fawning, even – Nick made me feel interrogated and when I objected to this he told me that as someone pushing for a change in the law, I have questions to answer. But as I pointed out, I’m not pushing for legal reform. I support the proposed changes to the GRA, but I campaign to keep kids safe from bullying.

A quick Google will tell you that I’ve been using my voice this past year to call for an urgent public debate about who and what is causing so many trans kids to feel suicidal, not a change in the law. Is that controversial? Of course, as a trans person, I’m all too familiar with being expected to cough up answers and justify the fact I exist.

But apparently, we must debate whether trans people deserve rights because there’s this horrible criminal who was born male who now wants to be transferred to a women’s prison. As I pointed out, that’s nothing to do with me or the rights of trans people more generally. Prisons have to deal with violent prisoners, both male and female, every day.

This will always be decided on a case-by-case basis and violent women sometimes have to be placed in the male estate. It’s incredibly depressing, but the truth is that there are awful people from all walks of life.

A woman called Mitchelle Blair murdered her 13-year-old daughter and 9-year-old son and put them in a deep freezer a few years ago. Sarah Nicole Henderson shot her two little girls and then called her husband to say, “Babe, I just shot the kids”. After these crimes, did we have a public debate about whether or not women should have children?

I was disappointed with the way Nick presented the podcast on Twitter: “Do rights for trans-women raise questions about the status & safety of women?” That was not what I was invited to discuss and framing it that way, without any evidence, opened up a barrage of abuse with people calling me a man and implying that I’m a sexual predator, which Nick has so far failed to condemn. As a trans woman and columnist, I’m no stranger to unpleasantness online but the response to this was particularly nasty.

Various countries have had the very sensible approach to gender identification that Britain plans to introduce – Argentina, Belgium, California, Denmark, Mexico Norway and Ireland. So for several years millions of people have been living in countries where people can change legal gender fairly easily. And there’s no evidence that it’s caused any problems.

In Ireland trans women have been able to declare themselves women and have the state change their documentation to reflect that declaration since 2015. Hundreds of feminists there recently signed an open letter, stating quite clearly: “The sky has not fallen. Cis [non-trans] women have not lost anything whatsoever from this.

If anything, all of Irish feminism has gained.” The full letter is worth reading. The Guardian investigated the situation for women in Ireland and reached the same conclusion: “there was no evidence of the legislation leading to… men falsely declaring themselves female in order to invade women-only spaces.”