A BBC News article reports on Paris Lees and her inspirational rise from being a teenager in prison to that of being a transgender role model.  Paris Lees is a journalist, broadcaster, and activist.  She has presented a number of films about transgender people for Channel 4, becoming the channel’s first transgender presenter, and has also presented The Hate Debate, a show about prejudices for Radio 1, becoming that station’s first transgender presenter.  Paris also founded Meta, a digital magazine for trans people and as a freelance journalist writes for a number of newspapers including the Guardian, Independent, and Telegraph.

The article is reproduced below courtesy of the BBC, link to article here.

Paris Lees has been named as the most influential lesbian, gay, bisexual or transgender figure in the UK.  But her rise from being a “silly teenage boy in a prison cell” has been far from simple.

Paris is recounting an awards ceremony – hosted by the magazine Attitude – she attended the night before.

“I was like, oh my God, all these people know who I am now,” she says.  “It was like a sit-down dinner thing and I was at the top table with Ed Miliband and everything.  “Cher was there. I felt lucky just to be in the room.”

The party may have been glamorous but Paris was invited because of her work as a journalist, broadcaster and activist.  With the organisation All About Trans she is determinedly changing media representation of transgender people like herself.

And as the first transgender presenter for Radio 1 and Channel 4, she is making a mainstream audience aware of trans issues. 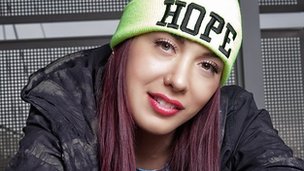 It’s hard to believe she had difficulty leaving the house a few years ago and could not get a job answering phones because of her criminal record.

“I genuinely thought I wouldn’t be able to function or have a normal life or do anything so it’s gobsmacking that I’ve got any semblance of normality, let alone do all these fabulous things,” she says.

Paris, now 25, grew up as a boy in the former mining town of Hucknall, in Nottinghamshire.

She assumed she was gay, until she served eight months in a young offenders institution for a robbery she committed when she was 16.

“I had just turned 18 when I was sent away,” she says.  “I had dropped out of college. Basically, I had gone off the rails because I was terrified of going to prison. I ended up taking lots of drugs.  “I had a lot of time for thinking when I was in prison.”

Paris felt like she was at “the bottom of society” but had a vision of who she wanted to be.  The vision included giving up smoking, going back to college to do her A-levels, and becoming female.

“I put all of it together and it just felt absolutely insurmountable,” she says.  “I just thought, ‘I’m this silly teenage boy in a prison cell who has made a huge mistake and I want to be this happy person’.”

Paris worked hard and was released early on a curfew, but she carried on living as a boy when she went back to college.

“I knew I wanted a transition and I was so jealous of all the girls at college that looked pretty and had boys talking to them and all those things,” she says.  “I didn’t feel like I could transition at college because it was a little bit rough. I didn’t think I could face it.”

Paris was living with her grandmother, who died shortly before Paris received her A-level results.

“She died and I just thought, ‘do you know what, life is too short. I can’t do this, I need to express myself and who I am’.”

“In the space of six weeks I went from living in Nottingham as a boy with my grandma still alive, to living in Brighton as a girl,” she says. 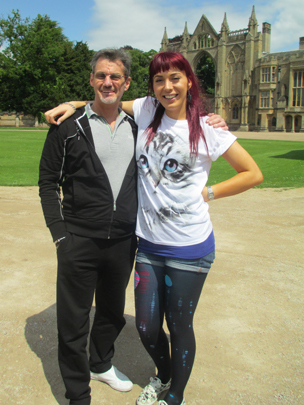 “I thought, ‘this is the start of a new chapter. Everyone will accept me as a girl now’.”

However, the change wasn’t straightforward, and Paris went through periods when she couldn’t leave the house or sleep properly.

“I didn’t blend in as much as I do now,” she says.  “I would sometimes get abuse in the street: ‘You’re a bloke. You’re a tranny’.  “I didn’t tell people I was transgender. I just didn’t want people to know. I thought it was something to be ashamed of.”

One of her low points was being turned down for a part-time job answering phones – because of her criminal record rather than being transgender.

“I can’t begin to tell you how small it made me feel when they told me I couldn’t have a job answering the phone,” she says.

But Paris had what she describes as an epiphany.

“I just thought, ‘I don’t deserve this. I’m trying to put my life back on track and I’m not going to be ashamed’,” she says.  “When I realised I would like to change society, not myself, all these good things have come into my life.”

A doctor referred Paris to Charing Cross Gender Identity Clinic while she was living in Brighton and she began treatment.

Paris also met her boyfriend while living in Brighton in a bar when he was visiting for the weekend.

“It was just after I had started my hormones. I think I was going out more and I started looking and feeling better,” she says.  “I wouldn’t be able to do what I’m doing if I wasn’t in a relationship. My partner helps me out and provides stability.”

Paris and her boyfriend now live together in east London.

She founded META, a digital magazine for trans people, but is now concentrating on freelance writing.

She regularly goes back to Nottinghamshire and is proud to hail from the same county as Alan Sillitoe, DH Lawrence and Lord Byron – all writers she respects. 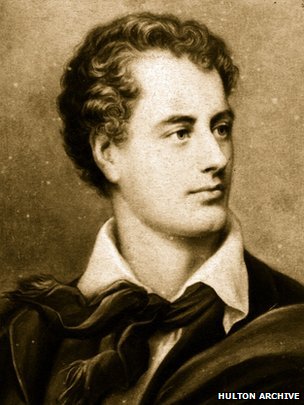 She admits she is “a little bit obsessed” with Byron and visits Newstead Abbey, the home he inherited, whenever she can.

“For me, [Hucknall] was a very small town. You just didn’t meet transgender people. That wasn’t going to happen. I think there was like one gay person,” she says.  “Just going to Newstead Abbey, there was something really magical and beautiful about it, and feeling there was something quite sexy and controversial about Byron.  “That gave me something I could connect to that was local, that didn’t fit in with that local mindset.”

Burchill was widely criticised for an Observer article in which she described “trannies” as “a bunch of bed-wetters in bad wigs” – a piece which Paris describes as “pure transphobia”.

“I’m grateful to her for doing that because it was so bad that it put trans on the radar for a lot of people,” says Paris.  “Julie Burchill, thank you for being awful.”

“The response to Lucy Meadows was unprecedented,” she says.

“People are starting to get it; it’s on the agenda. It’s a legitimate cause that people know about.” Doctors are failing to help people with gender dysphoria