Out as Trans, and It Hurts So Good

“We mourn your death,” they said to me as I remained very much alive.

Knowing something is going to hurt doesn’t make it hurt less. The rage in my mother’s voice, the weeks-long silence from my father, it confirmed what I knew about what they felt about me and people like me. They have spent a lifetime hating trans people — among all the other people conservatives are invested in hating — and so their response to me coming out was instant and maddening anger. And then grief, apparently, for the death of a son who existed only in their head. Whom to they grieve? Do they even know?

After coming out I spent a month in such a depression I hardly ate, hardly spoke. I’m still under a blanket of fear and sadness. I know the world doesn’t want me in so many ways. I know there’s so much more pain waiting for me, and in the small hours I’d rather just not bother at all. I have hope, though, and in this world anything is possible, even happiness.

It’s not all bad. There is liberation in disappointing people who say they’ll always love you. You are free to be yourself more fully once you’ve already paid full-price for being a disappointment. I will disappoint my society at large and they’ll hurt me as they are empowered to do so, but at least I can love myself and live in a way that honours my own dignity. That is worth the price of admission.

It took a long while to feel safe and solid enough to handle the pain of being myself and coming out as myself. I knew my folks and my community at large would not accept who I was. Since I was taught that it is good to forget who you are and to become who you’re expected to be I couldn’t put my hands on my own self for more than a decade of adult life, but eventually with help from my loving spouse I could recognize this vital aspect of myself and begin to make my own peace with it. I’m trans.

It wasn’t safe to be this as a young person. The anger my parents expressed would have destroyed me as a child — my survival instincts were well-tuned and I stayed safe by being what I needed to be at the time. I glided through school without hardly being noticed. It’s easy to hide when you know what bullies are looking for. Just act right, look right, and stay quiet. Trouble never found me. Now I’m looking for trouble.

The Test of Love

A monk once told me to attend carefully to my thoughts and actions, since those will harden into character and life does not always give us time to consider our response to tests of character — we can be tested in an instant. So it was with my parents; they were tested, and they showed the darkness in their hearts.

No matter what happens in the future they will always be the ones who hated me in that vulnerable moment. I know them better and it is a tragic knowledge. Maybe they change, maybe they don’t, but the scars will remain.

I’ve heard it said that true happiness is reserved for those willing to have their hearts broken. Mine was, in some ways — maybe happiness follows, I’m not sure yet. Mostly pain so far. Being yourself means being vulnerable to being rejected as yourself. So long as you’re acting you can play pretend and never have to know for sure if the people in your life would be there for you. I’ve found who my real friends are — fewer than I had hoped, but I’m not alone.

Parents, a warning about the nature of the world, remember: you can’t force your kids to maintain a relationship with you on your terms. In the realm of relationships there is no higher court of appeal if someone is hurt by your actions. No one can compel them to be what you want, nor to forgive or forget how you hurt them. Life has stakes, remember that. Take it seriously. You will be tested.

Alas, I can do nothing for my parents — nor for any of them, the ones who hate me categorically. I’ll be as I am and let the world do as it it will with that. I’m not here to justify myself to anyone. When I am tested I hope I will respond with love and not anger. I hope I am better than them, ultimately. 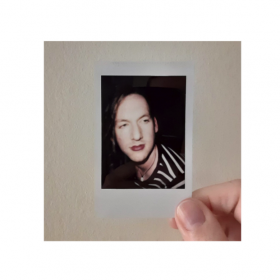