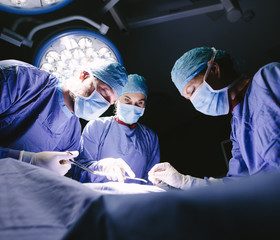 No Increased VTE Risk With Hormone Therapy During Gender Surgery

Transgender patients undergoing gender-affirming surgery were not at significant risk for perioperative venous thromboembolism (VTE) whether or not hormone therapy was stopped before surgery, researchers reported.

In a retrospective study that included 407 transgender patients undergoing vaginoplasty, no VTE events occurred in those who continued hormone therapy through surgery, said John Pang, MD, of the Mount Sinai Center for Transgender Medicine and Surgery in New York City, and colleagues.

Reporting online in the Journal of Clinical Endocrinology and Metabolism, the team said the only VTE event in the study occurred in the group that stopped hormone therapy prior to surgery.

Pang told MedPage Today that because both estrogen therapy and surgery can increase the risk of blood clots, experts have suggested that transgender women stop taking estrogen when undergoing gender-affirming surgery. However, prior to this study, there was no published data on blood clot risk specific to these patients.

“Hormone therapy is not as unsafe as the general community and the greater medical community has feared it to be,” Pang said. “A study with a large patient cohort like ours should lead people to carefully reconsider what we put our patients through as far as stopping hormone therapy before surgery in an attempt to protect them from a harm that may not actually be present. This should give healthcare providers some pause to consider what guidelines they have in place.”

Because of a lack of standardization and evidence-based guidelines, it is more common than not that providers stop hormone therapy before surgery, he noted. “The discomfort that it causes in trans women is not insignificant. In addition to the emotional and psychological impact, patients can go through estrogen withdrawal if they have been on hormone therapy for a long period of time.”

For the study, Pang’s group performed a retrospective chart review of all transgender patients who underwent gender-affirming surgery at their center from November 2015 to August 2019. This included 919 patients who underwent 1,858 surgical procedures. However, the researchers focused especially on 407 trans women who underwent vaginoplasty. Of these, approximately half (190) had their hormone therapy suspended 1 week prior to surgery, and this is the group in which the study’s single VTE event occurred. The remaining 212 patients continued hormone therapy through surgery; mean postoperative follow-up was 313 days.

The VTE incidence in the study was significantly lower than the expected incidence of 1.16% to 1.35%, which has been reported among hospitalized patients with a Caprini score of 3 or more, the study authors noted. “This association would have estimated more than 2.5 VTE events from our cohort of transfeminine patients who remained on estrogen hormone therapy, and a total of 4.5 VTE events among our 407 primary vaginoplasty cases.”

Pang told MedPage Today that one likely reason for the low VTE rate in the study is his center’s careful blood clot prevention program. “What we should be doing is focusing on directly correlated risk factors. So some things that we do here are patients undergoing surgery have chemoprophylaxis that includes receiving heparin or Lovenox [enoxaparin] after surgery,” he said.

Getting patients walking early after surgery is also important, he continued. “We have our patients at the hospital get up out of bed on day 1 after surgery; the nursing staff helps them walk around. What we want is those modifiable and known risk factors to be what we concentrate on decreasing in patients so that their risk for blood clots decreases and be less focused on things we don’t have the evidence to prove.”

Limitations of the study, the authors said, included its retrospective design, with patients not randomly assigned to one group or the other but separated according to their institution’s preoperative hormone therapy protocol at that time.

“More large-scale multicenter studies are needed to further elucidate the association, if any, of patient demographics and hormone therapy regimen with postoperative VTE risk,” the team wrote. “Additionally, the data reflect the experience of a single academic institution and may not be generalizable to other institutions with variations within the patient population and different VTE prophylaxis protocols.”