Precious Brady-Davis, who broke barriers as the first transgender mom to be correctly gendered on an Illinois birth certificate, tells her story in a new memoir 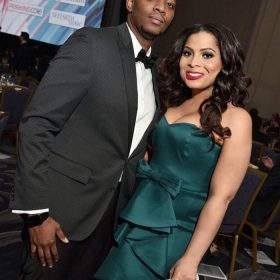 The facts, as laid out in her new memoir, are stark: Chicago transgender activist Precious Brady-Davis began her life in a Nebraska housing project, entered foster care when she was only a toddler, and bounced from home to home until she moved in with her grandfather at age 5.

In elementary school, Brady-Davis, who was living as a boy, endured homophobic teasing from classmates.

In middle school the harassment intensified, with anti-gay slurs and open hostility. Fearing physical attacks, Brady-Davis never used the school restroom and took varying routes home to avoid being beaten by her classmates.

And yet, the story of Brady-Davis’ ascendance, first as a high school drama kid, then a Chicago drag queen, then as a female communications executive, LGBTQ activist and happily married mother of a toddler, radiates hope, joy and determination — even in its darkest chapters.

“I have a natural resilience and I have a natural optimism,” Brady-Davis said during a recent interview at the Chicago recording studio where she was putting the final touches on the audio version of her book, “I Have Always Been Me.”

“That is one of my life’s great gifts: to be optimistic. To see a world not yet created.”

Transgender activist Precious Brady-Davis poses for a portrait June 9, 2021, before recording lines for her new audiobook, “I Have Always Been Me,” at Chicago Recording Company. (Erin Hooley / Chicago Tribune)

Brady-Davis, 35, of Hyde Park, was the first out transgender bride-to-be to appear on the reality show “Say Yes to the Dress: Atlanta.” She’s been photographed by Miley Cyrus, and she and her husband, Myles Brady Davis, who is transmasculine, were invited to a reception at the Obama White House in 2015.

Today, she’s an associate regional communications director at the Sierra Club and the doting mother of an 18-month-old daughter, Zayn.

Her memoir, an Amazon bestseller in the Black biographies category, has made summer reading lists in the Chicago Tribune and The Advocate. Kirkus Reviews called the book “an inspiring memoir of nonconformity.”

Myles and Precious Brady-Davis with their daughter, Zayn. (Bella Baby)

Brady-Davis and her husband, who has a womb and carried Zayn — the couple’s biological child, have given interviews about their pregnancy and are the first transgender couple to be correctly gendered on an Illinois birth certificate.

“I could never have dreamed that I would have the life that I have,” said Precious Brady-Davis.

After Brady-Davis emerged from foster care at age 5, she went to live with her maternal grandfather, an Omaha disc jockey and concert promoter, and his wife, whom she considered her grandmother. Her early years in her new home were good, she writes, but there wasn’t support for her femininity, and her family life deteriorated after her grandparents’ marriage fell apart.

Brady-Davis knew she was female from a very young age, and enjoyed playing dress-up and belting out songs by larger-than-life pop divas.

In her book, she recalls prancing on backyard picnic tables, while performing Whitney Houston’s “I Will Always Love You.”

“Who does that?” said Brady-Davis, laughing. “But I did not see a picnic table. I saw a runway. I’m like, this is my stage. I think that speaks to the dream I have always had. Inside a world of chaos, I was leaning into a performance.”

At the conservative churches her family attended regularly, there were disapproving voices and, as she grew older, attempts by pastors to make Brady-Davis more masculine and heterosexual. But there was also the love, stability and spectacle that Brady-Davis craved.

When she was 16, a greeter at her church delighted in regaling her with over-the-top endearments: gourd of the Lord, pumpernickel of Christ.

“One morning she said, ‘Good morning, precious jewel,’ and it just stuck with me — that moment,” Brady-Davis said. “I felt she saw me as something rare.”

Brady-Davis joked about the experience at first, greeting her friends with dramatic renditions of “Precious Jewel.”

But several years later, when she entered her first drag contest, the name popped into her head. She’d been struggling to come up with a drag name, and then, at the very last minute, she just knew: Precious Jewel.

Brady-Davis came to Chicago to attend Columbia College, and started to make a name for herself in the local drag scene. In her first postcollege job, at the Center on Halsted LGBTQ community center, she mentored transgender teens, many of them homeless and struggling.

Brady-Davis, who began the job while still publicly male-identified, remembers one transgender teen in particular: She was 16, with long hair that she’d toss back and forth with flair.

After learning that the girl braved the halls of Chicago Public Schools as a female, Brady-Davis went back to her desk and said aloud, “I wish I could be sitting here as Precious.”

“Why can’t you?” a co-worker replied.

“I came back the next day and started my transition,” said Brady-Davis. “It was those young people who gave me strength, those youth at the center are so resilient. Homeless, queer, they make a way out of ‘no way.’”

Today, Brady-Davis and her husband, the director of communications at Equality Illinois, are loving life as parents of a toddler. At work, she’s managing a team of four press secretaries.

Sometimes, she said, she feels like she’s already gotten to do everything she wants to do: “I got to go to the White House — what the (heck)? Who gets to meet the president of the United States? Where I come from as a foster kid, that does not happen.”

Brady-Davis, who said she wants to run for Congress, declined to name the seat she is eyeing. But she did share her experience at a recent event at Center on Halsted, where she spoke alongside Mayor Lori Lightfoot, Rep. Jan Schakowsky, and Ald. Tom Tunney.

“It just felt like, ‘This is the moment. This is where you are supposed to be,’” she said.

Nara Schoenberg is a features reporter at the Chicago Tribune, where she writes about health, relationships and books. She’s reported on the decline of LASIK surgery, tracked down the last free-roaming library cat in Illinois, and chronicled the tumultuous final days of Ernest Hemingway’s youngest son. She lives in Oak Park.