The story of Vancouver male model Krow Kian’s transition is the subject of a new documentary, Krow’s TRANSformation.

Krow Kian, who transitioned from female to male, continued his career as a model

A new documentary explores the transition journey of a Vancouver transgender model, something he hopes will bring attention to the community.

Model Krow Kian, 23, said he hadn’t thought much about gender differences until elementary school when boys and girls in his class were separated for a sex education presentation.

“[I thought] I want to do what the boys are doing. I want to hang out with the boys. Why can’t I just be a boy?” Kian told host Stephen Quinn on CBC’s

The story of Vancouver male model Krow Kian’s transition is the subject of a new documentary, “Krow’s TRANSformation.”

Kian started modelling at age 12, working across Asia. A week before his 18th birthday, he came back from a job in China and started seriously thinking about transitioning.

“[And] it still took me until I was 19 until I was ready to come out to my mom and actually start the process of transitioning,” he said.

He says it was a difficult conversation with his mother. They didn’t talk about him wanting to transition for about six months, but with Kian’s persistence, she came to respect his decision.

At the same time as Kian was heading into the transition process, a producer approached them, asking to document Kian’s transition. Over three years, the filmmakers recorded Kian’s first hormone treatment to his eventual return to the runway at Paris Fashion Week — but this time, as a male model.

“Getting back into modelling was really cool to see the different side of it and see how successful I could be just being myself,” he said.

As a transgender male model, Kian says he has been getting more lucrative opportunities than when he was working as a female model.

At Paris Fashion Week, he walked the runway for Louis Vuitton. The fashion house had specifically sought transgender models for its show.

Kian said  some opportunities might be coming his way because of the novelty of being a transgender model in the fashion world, but he says it’s worth it to bring attention to the community.

“[It’s] making the [transgender community] more visible all across the world. It’s really cool that all these people want to represent the community and inform people about it.”

The documentary, called Krow’s TRANSformation, is expected to be released in 2019. 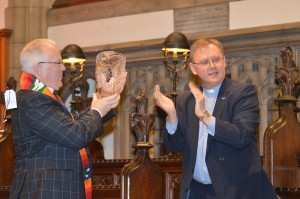 Transgender Day of Remembrance Widening the Circle to be Truly Inclusive. 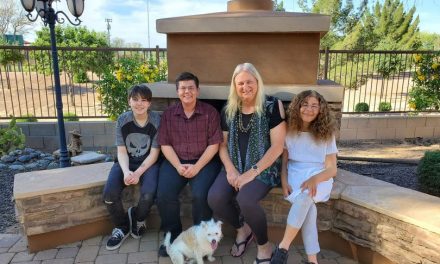