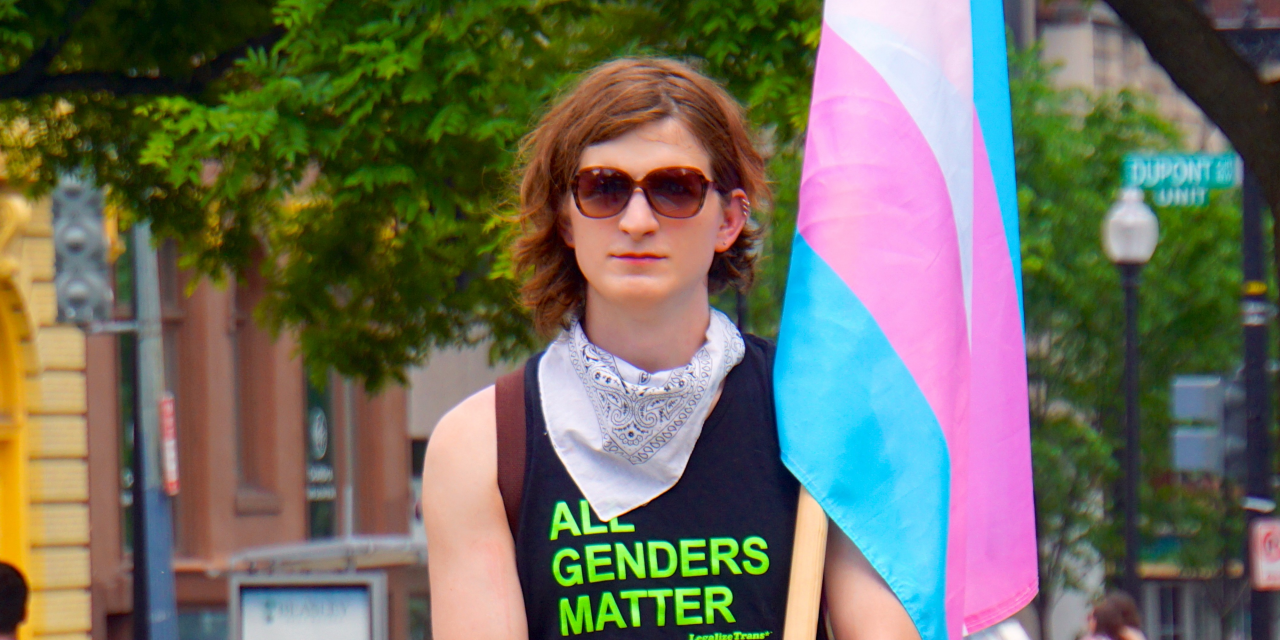 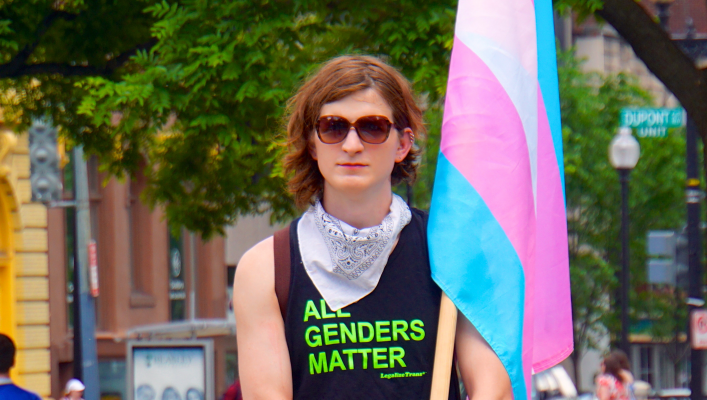 My boss is standing by my desk wringing her hands again.

Hers is a wordless reply, a finger pointing toward the ladies. Before I’ve gotten up, she’s already scuttled off back to her office.

Stella is one of our sound engineers and she is a trans woman. While the world’s largest public media broadcaster for which we work is indeed a forward thinking organization, some of us still have difficulty dealing with the reality of transgender staff.

As a result, many ignore Stella and look through her. Others like my boss seem embarrassed by her presence, and some male colleagues subject her to regular harassment and verbal abuse.

And they are vicious.

This is why Stella is in tears in the bathroom again and I cannot for the life of me understand why my boss couldn’t find it in herself to comfort her. My boss is a woman, I’m a woman, Stella is a woman and yet female solidarity has failed her once more.

Somehow, I seem to be one of the very few people Stella can talk to even though I’m a lowly assistant. She is at least 15 years my senior, an accomplished sound engineering professional, and a recording artist. We struck up an immediate rapport the day I arrived. Because I greet and smile at every human who walks past my desk, which encompasses the whole department.

Many people pay me no heed because they’re running to and from the studios, but Stella always says hi, even when she’s in a hurry. And when she’s not, we have a chat.

She is the first trans woman I meet and she graciously shares her story with me, teaching me

More than that, she schools me in courage as she weathers daily humiliation while keeping her head up. Despite the frequent tears, she is unapologetically herself, a professional woman who demands to be treated as such.

With the same respect and courtesy she extends to everyone.

Unlike many of my colleagues, I do exactly that.

Being born cisgender is a privilege.

And yet, until I met Stella, I was oblivious to it.

But what if you had been born in a body at odds with how you identify? What if nature had messed up and lifelong hormonal treatment, cosmetic procedures, and genital surgery were the only way to ever be yourself?

What about the colossal expenses involved in aligning your body with your heart and mind? And what about the long-term risks to your health?

How would you even begin to explain this to your family, your kids, your colleagues?

And what would you do if everyone turned their back on you? How would you survive and keep going?

You don’t even have to understand a trans woman’s reality to relate to the deep-seated human distress and mental turmoil she goes through, or do you?

Nevertheless, many of us look down on trans women as if they were imposters rather than sisters.

But it’s everyone’s duty to look after one another.

This is what it means to be a human in the world. Rejecting another human on the basis of how they make you feel is unconscionable and the result of assumptions and ignorance.

Would you like it if you were systematically discriminated against for being yourself?

And how would you feel if being yourself meant walking around with a target on your back and left you at risk of being murdered?

Fast forward some two decades and I’ve immigrated to the US.

When I come across a Piers Morgan interview with Janet Mock, I am blown away. Having spent most of my adult life in the UK, I’m unfortunately all too familiar with Morgan’s obnoxious brand of journalism. As a result, he’s much reviled in Britain and I throw up a little in my mouth when I realize

he too has crossed the Atlantic.

But Mock never stops smiling despite Morgan’s tone-deaf interview that centers on the fact that she “used to be a man”, a segment that points to a complete lack of understanding of transgender issues.

However, I am awed by Mock’s poise and self-confidence. Her first book is an education, as is her second. For me, they’re also an introduction to the ongoing difficulties faced by trans women in the US.

Too often, the toxic atmosphere surrounding their fight for equality reminds me of my former London workplace.

Twenty years may have passed but not much has changed. And under the Trump administration, being a trans woman is more dangerous and calls for more courage than ever.

I’m reminded of this when I watch Charlotte Clymer’s poignant commentary on trans humans being banned from serving in the military.

How dare America humiliate and disown those who put their life on the line to defend it?

And how can anyone with a heart and mind in working order get behind the routine dehumanization of fellow humans by our commander-in-chief?

Stella, Janet, and Charlotte are women like me, the only difference between us is that they have to fight for the right to be themselves and I do not because nature didn’t let me down as it did them.

The whole point of privilege is to use it to help those who have less than you, or even none.

We can no longer leave any sisters behind.