The Moment I Knew My Child Was Trans 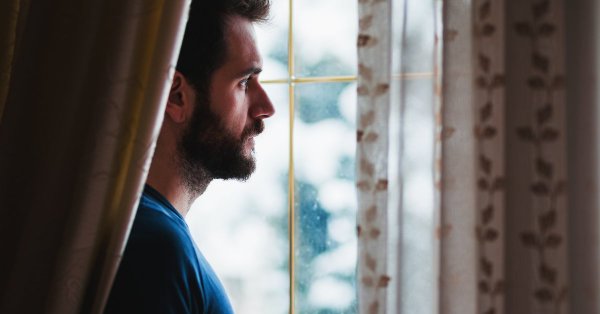 It’s 6am on a Saturday morning as I write this. I’ve been awake for hours, worried about the latest impact of a targeted campaign of hate directed at my child and those like her. Thinking about whether I can do anything to stem the tide.

I don’t have long.

Soon the kids will be tearing down the stairs, asking for TV, porridge, a game.

When the interruption comes, I’ll be glad of it.

I’ve been asked by Susie Green, CEO of Mermaids, to take a look at a document that has been put out by “Transgender Trend”, an organisation which claims to support parents who are questioning a ‘trend’ of children ‘identifying as transgender’.

This isn’t the first time I am left with my stomach in knots as I read lies and distortions about my child and our family. The idea that people spend so much time and energy making my daughter’s life harder, chipping away at the limited acceptance and support that she has, is frightening – I need to respond, I need to help her, she’s already faced so much.

The document, a Resource Pack for schools, is predictably awful in many ways. Outright lies, misinformation, fake news wrapped in a glossy veneer – the latest weapon of a long campaign aimed at making the lives of trans children impossible – painting them as mentally disturbed, as deluded, as a threat. It is so flawed it is hard to know where to begin. I’ve made a start, but having got to page five with pages of critique, the approach isn’t sustainable. Time is short.

How did I get here?

I’ve known Susie for years now. She was the volunteer who picked up the phone when I first contacted Mermaids looking for support.

I’d registered with Mermaids weeks before, and tried phoning several times, but, understaffed, and relying upon a small group of trained volunteers, the charity had taken a month to reach my application and phone to guide through their assurance process. Those weeks had been tough, my wife and I were at breaking point, worried, isolated, without support. The call from Susie was a life-line, reaching out through the dark. “Is now a good time, she asked?”.

It was evening, Susie had been working the late shift, and had pulled into a service station on her drive home to call. It wasn’t her usual time on the Mermaids rota, but after hearing several answer phone messages, and recognising a family in crisis, Susie had sacrificed her evening to come to our aid.

Over the next hour, glass of wine as crutch, my words rushed out. How our child, who we had presumed a boy, had been stating for years that they were a girl. How their happiness had disappeared, the joy gone from their eyes, how we had a deeply upset and depressed child who cried every night and was losing out on their carefree childhood. How we’d spoken to a psychologist, our GP, school staff – how we’d read every book and article we could find.  We had found stories of other parents with children like ours, but had never spoken to anyone who understood what we were going through. We felt utterly alone. Searching online for support we’d come across medical definitions of gender dysphoria on the NHS website including links to Mermaids.

I told Susie how our child had been growing increasingly miserable in recent months and had told us that the one thing they wanted in the world was for us to call them a girl. How we had continued to reject her night after night, saying we loved her but we couldn’t take that step. Yet our child was fading before us. We had finally made the earth shattering decision (for us as parents) to say yes, we can call you girl.

The words fell over each other as I talked to Susie, trying to keep my voice steady whilst emotions churned inside. I spoke about how no one else understood what we were going through, how we faced judgement and disapproval, how we’d lost close friends who wouldn’t understand. Susie listened.

“It’s ok”, she said, as I struggled to maintain composure, the tears silently streaming down, “I know”.

Susie told me about her experience, and her child, Jackie, who she had thought was a boy but who fought the world to be seen as a girl. Jackie and Susie had conquered prejudice, bullies, violence and the ultra-conservative UK medical system. It had been tough, but Jackie had come through, stronger and confident in her identity as a young woman.

“How is your child now,” Susie asked?

I took a gulp of wine, before speaking again,

I told Susie how since we had accepted our child as a girl, since we had stopped our nightly cycle of rejection and denial, the joy had come back into her life. How she had started talking about books and toys and animals again. How she had started to laugh and smile. How she had grown in confidence. How the stress and weight of the world on her shoulders had lifted. How a simple shift in pronoun had transformed our sad depressed child into one with the happiness of a child who has finally been seen by their parents.

“That’s your answer,” said Susie. “You found out, just as I did, what the scientific consensus supports, whatever you do, as parents, you can’t make a child be a gender they’re not”.

Years have passed since that phone call.

We’ve had our share of challenges, all related to how the world treats children like my daughter. We’ve been on a huge learning curve, and our friends, family and school have learnt alongside us. Support at school was critical. Great leadership from the head teacher and a proactive zero tolerance approach to bullying, including misgendering, meant that the school adapted quickly, accepting our daughter completely. Our child is now loving school, learning, growing and enjoying spending time with her friends – who love and accept her as a girl, and as trans.

Our focus has shifted – trying to help build a society that is ready for our daughter. A world that will love and accept her as we do – a world where she doesn’t face prejudice, discrimination and hate. A world where she can read a newspaper without seeing trans people mocked, feared, treated as lesser.

My daughter is still my daughter. She is happy. Thriving. Her being transgender is the least interesting thing about her. She’s just a girl.

I’d like to say more but the children are awake, my time is up. I’ve been called to judge a Lego-making competition. The weekend awaits.

My wife and I blog here. You can also reach us on Twitter: @DadTrans & @FierceMum