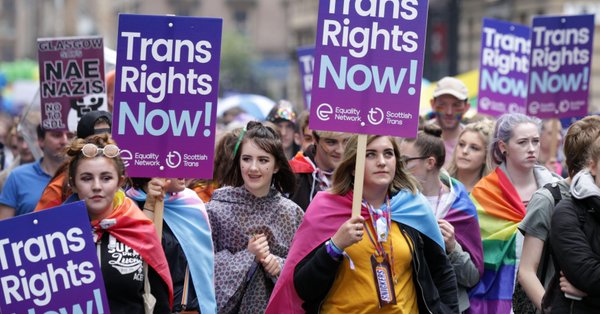 Scotland should reform the law to allow people to legally self-declare their gender, according to a majority of people taking part in a government consultation. More than 15,000 people responded to a survey on plans to reform the gender recognition system in Scotland.

Sixty per cent backed the plan to allow people to legally change gender without demonstrating a diagnosis of gender dysphoria or that they had lived for a period in their acquired gender.

Many of those in favour of the proposal said that gender identity was a personal matter and criticised the length, complexity and cost of the current process of applying for a gender recognition certificate, which they described as demeaning, intrusive and stressful.