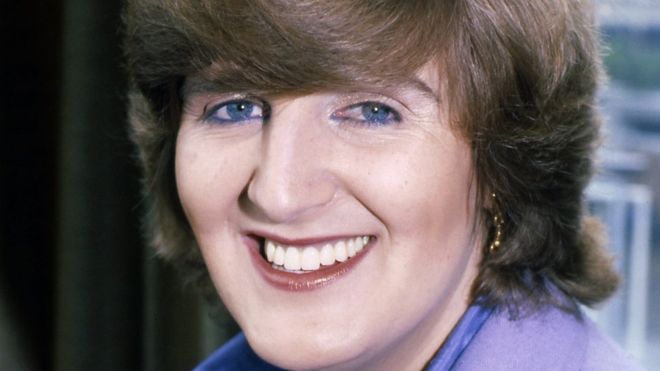 Ms Grant rose to prominence after appearing in the 1979 BBC documentary, A Change Of Sex.

The BBC Two show, and its four follow-ups, told the story of her transition.

David Pearson, who directed the series, described her as a “pioneer” who helped start “a huge change in public attitudes towards trans people”.

Ms Grant survived bowel cancer in recent years but suffered from multiple health problems in 2018 and died on 2 January.

Her brother, Gary Roberts, told the BBC she had “worked tirelessly for her community”.

He added: “You could say she was a bit like Marmite, but she probably built more bridges in her community than she burnt.

“She inspired a lot of people to believe in themselves and was always there to fight the cause.”

Speaking to the BBC, Mr Pearson added: “It’s difficult if you weren’t around at that time to realise how closed and secretive that whole [trans] scene was – and the gay scene to some extent.

“Essentially, overnight, she made it possible for people to understand what it was like – and she continued to do that.”

LGBTQ+ rights campaigner and Manchester Liberal Democrat leader John Leech said Ms Grant had been “rightfully looked up to by many as a leader in the LGBTQ+ community, in particular here in Manchester”.

Ms Grant first became involved in the BBC documentary series after contacting the broadcaster to complain about it describing a transvestite as a transsexual, she said in 2014.

After speaking to a producer on the phone, she agreed to become the subject of a film exploring the process of transitioning to Julia.

The documentary film, which eventually became a series, introduces her as catering manager George, who wishes to have gender reassignment surgery.

It followed her journey from seeking advice at Charing Cross Hospital to living as a woman socially for a year, having surgery and then her life after this point.

Despite some negative coverage of the show by tabloid newspapers, the response from viewers was “overwhelmingly positive”, Mr Pearson said.

He added Ms Grant told him later in life that changing her gender was the “best thing she ever did”.

As well as appearing in the BBC documentaries, Ms Grant wrote two books about her life, helped set up Benidorm Gay Pride and spent time in the US counselling young people considering gender reassignment surgery.

She remained active in the trans community throughout her life, though her views – in particular that children should not be allowed to have gender reassignment surgery – were seen as controversial by some of her peers.