JK Rowling has again been accused of making transphobic comments 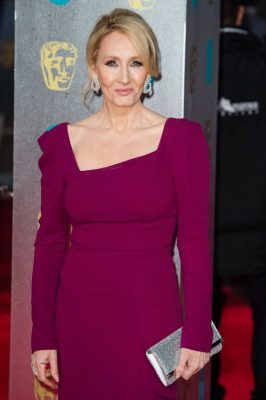 JK Rowling has again sparked outrage and been accused of making transphobic comments after tweeting her opinions on gender and sex.

The 54-year-old Harry Potter author was swiftly criticised and accused of being transphobic after she took to Twitter to voice her controversial views.

The controversy began when JK reacted to an online article titled “Opinion: Creating a more equal post COVID-19 world for people who menstruate.”

Sharing the article online, JK wrote: “‘People who menstruate.’ I’m sure there used to be a word for those people. Someone help me out. Wumben? Wimpund? Woomud?”

Her comment sparked an immediate backlash with many declaring the best selling author was being transphobic and that gender could be different to what is assigned at birth for transgender people.

“I know and love trans people, but erasing the concept of sex removes the ability of many to meaningfully discuss their lives. It isn’t hate to speak the truth.

“The idea that women like me, who’ve been empathetic to trans people for decades, feeling kinship because they’re vulnerable in the same way as women – ie, to male violence – ‘hate’ trans people because they think sex is real and has lived consequences – is a nonsense.

“I respect every trans person’s right to live any way that feels authentic and comfortable to them.

“I’d march with you if you were discriminated against on the basis of being trans.

“At the same time, my life has been shaped by being female. I do not believe it’s hateful to say so.”

Responding to one online critic who accused her of being ignorant about trans issues, JK wrote: “I’ve spent much of the last three years reading books, blogs and scientific papers by trans people, medics and gender specialists. I know exactly what the distinction is. Never assume that because someone thinks differently, they have no knowledge.”

The famous author also suggested she was voicing an opinion shared by others who were too scared to speak out over fears of being met with an overwhelming backlash.

When one follower wrote to her saying: “Please talk to some queer people. Please.” JK retorted: “One of my best mates just called me. Self-described butch lesbian. It was hard to tell, because she was shouting quite loudly, but I could just make out ‘F***ING YES!’”

Transgender rights groups say that men and women can both menstruate, arguing that female to male transgender men can experience a period.

It is not the first time JK has caused controversy by discussing gender rights.

In December last year, the author sided with an office worker called Maya Forstater who lost a court case after losing her job following the expression of views about transgender people.

JK tweeted following the court ruling: “Dress however you please. Call yourself whatever you like. Sleep with any consenting adult who’ll have you. Live your best life in peace and security. But force women out of their jobs for stating that sex is real? #IStandWithMaya #ThisIsNotADrill.”