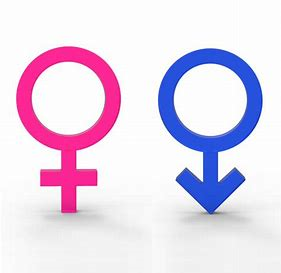 The Gender Recognition Act of 2004 defines a transgender individual as someone who:

(a) has or has had gender dysphoria,

(b) has lived in the acquired gender throughout the period of two years ending with the date on which the application is made,

(c) intends to continue to live in the acquired gender until death.

This may be open to refinement, but it makes it very clear that to be transgender is a permanent rather than an intermittent condition. By contrast, the generally accepted definition of the term ‘transgender’ is remarkably broad. In part, this is related to the general practice of using the shorter form of the word, ‘trans’. The Stonewall glossary of terms describes ‘trans’ as follows:

It’s fair to say that I find this less than precise. The glossary also includes the following:

A term used to describe someone who is assigned female at birth but identifies and lives as a man. This may be shortened to trans man, or FTM, an abbreviation for female-to-male.

A term used to describe someone who is assigned male at birth but identifies and lives as a woman. This may be shortened to trans woman, or MTF, an abbreviation for male-to-female.

It’s fair to say that I find these two definitions to be rather in contradiction of the one given for ‘trans’. This is something I have attempted to take up with Stonewall, so far without success. No doubt, like the rest of the population, some people who are described by these definitions, ‘transgender woman’ and ‘transgender man’ mayalso wish to describe themselves using the formulations described by Stonewall as ‘trans’. However, it seems to me that there is a disparity between these definitions of being ‘trans’ and being ‘transgender’, and that this disparity is confusing.

The recent Life and Times Survey, The Missing ‘T’,[1]states‘Transgender identities are ‘complex and contested’ even within the transgender community’. With such a broad definition of what it means to be transgender, this is hardly surprising. It is time for a more nuanced, subtle and sophisticated understanding of the meaning of transgender. This is not a threat to the rights of those who define as ‘non-binary’, ‘gender-fluid’ or in other ways. It is, however, a way of respecting those who simply wish to live according to their true gender identity, possibly with medical intervention of various types, on a permanent basis.