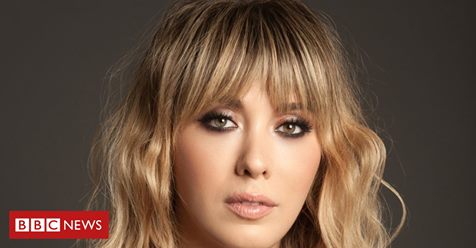 Activist and new Vogue columnist Paris Lees says people expect her to be shouty and angry. But she just wants a life free from abuse

Writer and trans activist Paris Lees is in a tizz when we meet in a cafe near her east London home, apologising endlessly for her lateness (“I was having a bad hair day”), for the coffee machine being on the blink, for me not liking my sandwich, while fretting about how I’m perceiving her. “Everyone expects me to jump down their throat, to be intolerant, angry, shouty, super politically correct,” she says. “But I don’t think I’m like that at all.”

Certainly I’d been braced to do battle with a terrifying militant but Lees, 30, comes across as sensitive, thoughtful and hugely articulate, all qualities that have helped her to land a plum job as a Vogue columnist, the first transgender woman to have a regular gig on editor Edward Enninful’s diversity-infused glossy.

She is a poster girl for one of the most polarised issues of our age and, as such, many view Lees as a champion of a long-oppressed minority (trans people are estimated to make up anything between 0.01% and 1% of the population).

Others, including some feminists, consider her — along with other transgender activists — to be dangerous: irresponsibly encouraging children to make life-changing decisions about their bodies, insisting that men identifying as women can use female lavatories and prisons and shouting down anyone who dares to question them with cries of “transphobic”.

Lees says she simply wants trans people to lead happier lives without fear of the abuse she once suffered: “Most transgender people would be very happy to be left alone to get on with it, it’s everyone else that’s talking about it, saying transgenderism is the single defining issue of our time. Well, not for me it’s not. It’s just about wanting to be treated with manners and respect. I don’t see what’s controversial about that.”

She is soft-spoken, tall, with honey-highlighted hair (her first Vogue column was titled The Life-changing Power of Going Blonde) and (partly as the result of facial feminisation surgery undergone eight years ago) very pretty which, she admits, has done her no harm in boosting her bookings on Question Time, Radio 1 and Channel 4 and at the Oxford Union.

“I’m the acceptable face of trans. It always helps if you don’t frighten the horses,” she says. “A friend asked for my advice coming out as trans and I said, ‘Just look good.’ Sadly, if you want to go about your daily business without being harassed, things are going to be easier if you’re able to conform to societal standards of what a woman should look like.”

From a council estate in Hucknall, Nottinghamshire, Lees was about four when she realised she wanted to be a girl, a desire that her bouncer father — who left her 17-year-old mother when Lees was a baby — “tried to beat out of me. Telling people I wanted to be a woman was like saying I wanted to become a tiger. It just was not a possibility. The only time transgender people [were] represented was as objects of pity, ridicule or disgust.”

Bullied at school, by 14 she was a “feral” regular on the local nightclub circuit, being paid by men for sex. At 16 she served eight months in a young offenders’ institution for robbing a client.

She then read English at Brighton University where — too frightened to live in communal halls — she paid for her bedsit, as well as “thousands of pounds” for facial hair removal, through more sex work: “I made tough choices to do what I had to do. I hate to think where I would be now if I hadn’t made them.”

After two years waiting for an appointment, she began attending a gender identity clinic and taking the hormones that allowed her to start transitioning.

Much of this youthful unhappiness could have been avoided, she says, if at around the age of 11 she had been given puberty-blocking hormones, something that trans organisations encourage doctors to prescribe for children with gender dysphoria in order to “buy them more time”. The effects are claimed to be reversible, but critics are uneasy about giving such drugs to children.

“The idea they’re being handed out like sweets is nonsense,” Lees retorts.

“These clinics are absolutely terrified of this level of scrutiny, they’re only putting the kids on these who are really persistent, urgent, consistent; most have to wait several years. And the idea that children are being marched off for sex changes by the NHS is the wildest piece of misinformation . . . the hoops you have to jump through!”

Many people see such hoops as safeguards, terrified by stories of people who now regret their unalterable decision to change gender. “It always looks better to say we’ve found this one person who regretted it than to say there’s a growing body of evidence to show that 99% of people who go through this process are happier as a result, and if they do experience any discomfort it’s largely as a result of the stigma they face.”

Lees maintains that most trans critics are merely indulging in “confected controversy”, whipping up hatred. But she disagrees with the counter-accusation that she, and other trans activists, are irresponsibly warning that parents who don’t support their children’s desire to change gender are putting lives at risk, citing surveys that claim 48% of trans young people have tried to commit suicide. Detractors argue that the data of these studies is flawed and the NHS Gender Identity Development Service states that less than 1% of young patients referred to it attempted or committed suicide.

“People who are hostile towards us cast doubt. They say, ‘It was a small study’, but study after study after study round the world shows these kids, who aren’t supported by their families, are highly vulnerable,” Lees says.

“It’s not up for debate, they are at risk of self-harm and all the issues that go along with that: depression, drug addiction, homelessness. You have young people feeling they don’t want to live, as I did when I was at university, and I don’t know a transgender person who hasn’t felt like I did.”

She’s equally dismissive of talk of “social contagion”, fuelled by celebrity trans YouTubers, being behind the quadrupling in five years of children being referred to NHS gender clinics and a recent report that 17 pupils at one school are in the process of changing gender.

“Seventeen isn’t that shocking in a school with maybe a couple of thousand kids. There have been trans people in every recorded culture in history; just because you didn’t hear about it didn’t mean it wasn’t happening before. Fifty years ago they’d have been saying, ‘Where are all the gay pupils?’”

The bitter fight around changes to the Gender Recognition Act, potentially allowing any man who “self-identifies” as female to use female lavatories and changing rooms is, she believes, “a red herring” derived from prejudice: “Why are we even talking about bathrooms?

“There are no laws in this country preventing me using the ladies’; I’ve been using them for ever without causing any trouble for anyone. Maybe there are people out there who feel uncomfortable sharing a changing room with a butch lesbian or a gay man but we don’t discriminate against people on that basis.”

Some have attacked Lees for flogging her “oppressed minority” storyline when she has met Prince William and been invited onto Newsnight: “I am a working-class trans woman. Ten years ago I didn’t feel my life was worth living. My mum said, ‘Things are going to be awful for you.’ But I didn’t know how good I was going to look and how the world was going to change and now my life is fabulous. And my mum’s my biggest fan.

“She thought I was going to bring this great shame on her and, ironically, now I’m this huge source of prestige — she’s been to Downing Street with me.

“I’ve become a professional trans person on the circuit — there is a circuit, you can make money from it. But really my dream is to move to Europe and write romantic fiction.”

I suspect the circuit may be asking to see its acceptable face for a while longer.