I wish I would have taken it more seriously. 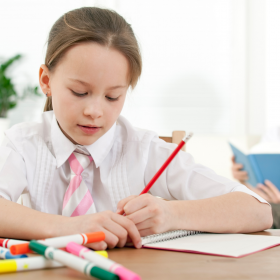 iMy child, Z, was eight when they first told me they wanted to be a boy.

That word wanted really threw me.

I thought it was like they were telling me they wanted to be an astronaut when they grew up. Or a teacher. Or a kickass rockstar.

Trying to always be the supportive parent, I simply said,

Okay. Well, I’m not sure how that would work, but we could figure it out.

My kid smiled at me and ran back to the Batman Legos in their room.

In the early 2000’s I hadn’t heard the word transgender yet so the idea that my child was trying to express anything about their gender identity never occurred to me. At the time I thought gender and sex were the same things.

I never brought up our little conversation later, and I regret that. Because when my child became a teen they told me how patiently they’d waited month after month for me to talk to them again about being a boy.

I had dismissed the entire idea because I assumed he wasn’t old enough to understand what he was saying. When in reality I’d been the one to not understand.

It wasn’t until a couple of years later that I was introduced to the word transgender and what it meant. My child’s therapist called us in for a chat. She explained Z was questioning their gender identity. She suggested we seek help from an actual gender therapist, which she was not.

I owe that first therapist a lot. She was the first mental health professional to explain what being transgender meant for our child. And she understood the value a specialist would have to help Z explore their gender identity.

Within the first month of seeing a gender therapist, Z officially came out to us as transgender. I accepted this as a good thing only because he was noticeably happier at home. He was no longer suicidal and voluntarily closed off from the rest of the world in his room.

I really had no opinion on whether being transgender was good or bad at this time. I didn’t understand it enough. I accepted his therapist’s help to guide our family toward helping Z become his best, most authentic self.

As parents, it’s not about us.

I made a lot of mistakes at the beginning of my child’s transition. I had a difficult time using the proper pronouns and new name. I bumbled around explaining what being transgender meant to family and friends.

I felt uneducated and inadequate to support my kid. Overwhelmingly I felt I was in over my head.

I’m embarrassed to admit that I allowed my fear and worry to dictate how supportive I’d be on any given day, at any given moment.

If there were too many people that I imagined were watching our every move in a restaurant, I’d suggest my kid use the ladies’ room rather than the men’s. And, of course, — because he was a great kid — he would do what I’d ask of him. I was guilting him into hiding his authentic self because of fear.

What I finally realized was that as scared as I was — scared of messing up, scared of making irreversible mistakes, scared of causing my kid to slip into suicidal thoughts again — Z had a lot more to be afraid of and yet he was brave. There were many things he was handling much better at his young age than I was at thirty.

From the moment Z came out as transgender, I let my fear limit my perspective to my own. It’s not that I hadn’t concerned myself with Z’s feelings about all this. But I hadn’t let it sink in. I hadn’t considered what he might be worried about, thinking about, or even happy about.

I was letting my own worries, thoughts, and concerns dictate my every action.

As parents, we want what’s best for our kids. It’s heartbreaking when adversity pops up to block their journey. We want to limit the heartache our kids endure. And we want them to be successful adults who help others, build empires, and create a better world for all of us.

But wanting all these things for our kids is sort of selfish because in the process we’re not considering what our kids’ wants and desires actually are. Nor their happiness. We’re simply assuming all of it.

And while some of these things might be what our kids want for themselves, we should really let them decide that.

Kids are much smarter than we give them credit. Most can categorize their gender identity by age three.

Having a gender therapist helped me understand Z’s transition. I realized all I had to do was allow — and encourage — my son to live as his most authentic self. Once I let him lead the way, everything got better for him and our entire family.

It can be truly scary when your child relies on you to make the tough decisions for them because you’re supposed to be old enough to know what those decisions should be.

When navigating the medical options and necessities for your transgender child it can be doubly scary. It can be difficult to not allow your fear to make the decisions for you.

Hormones were a tricky decision for me to make. While I wanted to support Z, I didn’t want to be the one to damage his physical health in some irreparable way.

I didn’t know enough about kids taking hormones to make a confident decision and expressed this to Z’s gender therapist. On his recommendation, we made an appointment with an endocrinologist — a medical specialist who was experienced in hormone treatment for transgender patients. This new doctor helped us make the right decision for Z.

All parents make mistakes, but when it comes to our kids’ health, fortunately, we have experts we can ask for help.

As a parent of a trans kid, I relied heavily on many doctors, therapists, and other medical professionals to help me make the best decisions for my son. And now that he’s old enough to do that on his own he still relies on their guidance.

No parent needs to be an expert in order to best advocate for their transgender child. You just need to be willing to ask for help.

It has been more than a decade since my child first expressed their true gender to me. I’ve learned a lot. Yet, there’s much more to understand if I want to continue to advocate for my son and all the other trans youth in the world.

So I read a lot. And I ask a lot of questions. I’m lucky my son graciously answers any ridiculous queries I may have.

I don’t plan on dismissing anything my son ever says again. Instead, I’ll ask questions if I don’t understand what he’s trying to tell me. And listen. The future is filled with amazing possibilities and I want to make certain I understand what they are for the both of us.