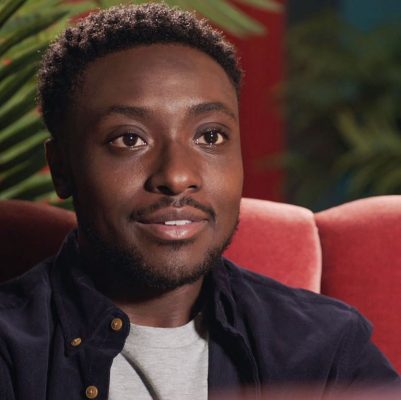 Holby City introduced a new transgender character during March 31st episode, and thanks to the episode that was pushed back a few weeks ago for a news bulletin, the introduction has now tied in with Trans Day of Visibility.
The episode began with Max stressing about the thought of seeing her estranged daughter Lily again after all these years, with Ange and Rick concerned that she was too distracted to focus on a complex surgery.
Max went to the park to see her child, only to be confronted with the revelation that Lily had transitioned and was now living as Louis. In the shock of the moment, Max walked away, leaving her son devastated.

BBC
Related: Casualty & Holby confirm new character crossovers
He texted her later in the day, asking to have another attempt at their reintroduction, and after a chat with Ange about how she gave Dom away as a child, Max decided to give it a proper go.
Meeting again in a cafe, the two exchanged some tense words over the years of silence between them. Max also said that she couldn’t accept his identity, while Louis slammed Max for choosing alcohol over being a good mother.
Their relationship will continue to unfold over the next few weeks, as Louis will be hanging around for a little while. Hopefully, they will be able to repair their bond.
You might recognise the actor who plays Louis from the big screen, as Tyler Luke Cunningham appeared in last year’s Spider-Man: Far From Home, becoming the first black trans actor in a Marvel movie.
Holby City airs Tuesday nights at 8pm on BBC Two.