Gender Identity and the Body: a response 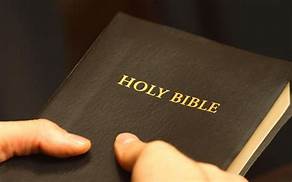 I have been reading Rev Vaughan Roberts’ argument about gender identity and the body, which is available here:

(Rev Mr Roberts is the rector of St Ebbe’s Church in Oxford and director of the Proclamation Trust). In this, he makes several interesting points:

Creation is where the Bible story begins, and it is where a Christian’s thinking about transgender must begin. The Bible tells us that we did not emerge, by accident, from the cosmic soup. It states clearly that we’ve been created by a loving God. That means that, as we think about transgender, we need to remember that we are not simply talking about “issues” here, but people: precious individuals, each created and loved by God, and who, like all of us, are lost without Christ.

True freedom, according to Scripture, is found not in asserting our radical independence and trying to be who we’re not made to be.

As God’s creatures we are not simply souls trapped in human bodies. He made us as physical beings; we are embodied creatures.

It sounds very freeing to say, “You can become who you want to be”. But our actual identity, in that way of thinking, is completely invented, and therefore fluid, and therefore profoundly unstable.

I find it hard to disagree with any of this, and yet I am led to a completely different understanding than that reached by Rev Mr Roberts. He begins his argument by posing this question:

Transgender is a big social, cultural issue that has come to dominate our headlines, TV channels and social media feeds. How should Christians think about sex and gender in a world that celebrates our freedom to choose?

Important questions for Christians, undoubtedly, but it is a mistake to conflate gender identity and sex, in the sense either of sexual orientation, attraction or activity. In my opinion, it is important for Christians clearly to articulate that ‘sex’ as an activity is not merely recreational, but part of (indeed a powerful expression of) a loving and committed relationship. It is therefore important for Christians to think, and think clearly, about questions of sex and of gender.

As Rev Mr Roberts points out, we are all God’s creatures, held in his love: ‘we are not simply souls trapped in human bodies’. That goes for all of us, and should not be conflated with the sense of entrapment experienced by someone who is transgender. If true freedom not is to be found in ‘trying to be who we’re not made to be’, where does that leave someone whose physical gender characteristics are not to be equated with his or her gender identity? For someone in this condition, to live according to the physical characteristics with which he or she is born is exactly to try to be a person other than the one that individual as born to be.

The challenges posed for Christians today in relation to sexual orientation (whether of cisgender, transgender or gender fluid individuals) are difficult and serious. This is obvious from the amount of thought and debate devoted to them. They are not the same as the challenges in relation to transgender identity. Here’s the thing: either God has made some mistakes or he did not create only male and female. Not everyone is created and born in conformity with this binary distinction. There’s a danger here of falling into the old argument about changelings, otherworld creatures for whom Luther believed Satan was responsible. People, frequently children, who did not conform to accepted standards of physical and mental ‘normality’ were believed to be ‘changed’ could be disposed of in a variety of ways. Folklore of this sort is no longer considered an acceptable way of construing one’s world view. Increased understanding, scientific and medical research have provided us with a different way of perceiving those who are nowadays described in ways such as ‘differently abled’. They are no longer categorised as they were in the past, according to Luther to be under the jurisdiction of Satan.

So again I find myself in agreement with Rev Mr Roberts, that a proper understanding of creation has to be the first building block if we are to understand the Christian perspective on transgender’. Our differences stem from precisely how we perceive that understanding to be ‘proper’.