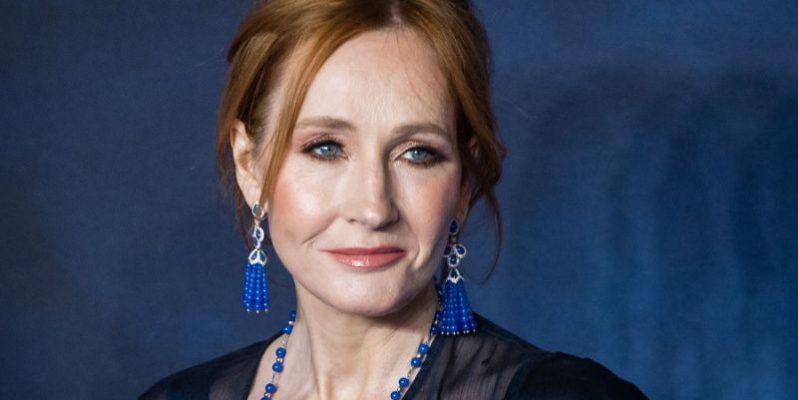 I am writing as CEO of Focus: the Identity Trust, to say that I have great difficulty understanding the following quotations attributed to JK Rowling. I am also writing as a heterosexual, cisgender woman, one who menstruated from the age of twelve until the intervention of a hysterectomy required as a consequence of extreme health challenges brought on as the result of prolonged menorrhagia. And I am writing as the mother of an adult transgender son. Ms Rowling’s comments to which I refer are as follows:

“‘People who menstruate.’ I’m sure there used to be a word for those people. Someone help me out. Wumben?Wimpund?Woomud?”

“I know and love trans people, but erasing the concept of sex removes the ability of many to meaningfully discuss their lives. It isn’t hate to speak the truth.

“The idea that women like me, who’ve been empathetic to trans people for decades, feeling kinship because they’re vulnerable in the same way as women – ie, to male violence – ‘hate’ trans people because they think sex is real and has lived consequences – is a nonsense.

“I respect every trans person’s right to live any way that feels authentic and comfortable to them.

“I’d march with you if you were discriminated against on the basis of being trans.

“At the same time, my life has been shaped by being female. I do not believe it’s hateful to say so.”

When one follower wrote to her saying: “Please talk to some queer people. Please.” JK retorted: “One of my best mates just called me. Self-described butch lesbian. It was hard to tell, because she was shouting quite loudly, but I could just make out ‘F***ING YES!’”

Transgender rights groups say that men and women can both menstruate, arguing that female to male transgender men can experience a period.

I do not know what Ms Rowlings means by ‘erasing the concept of sex’, nor am I clear how acknowledging the reality of being transgender is to be in any conflict over the right of any woman to acknowledge how her life may have been ‘shaped by being female’. It also appears that there may here be some conflation of the concepts of being transgender and of being queer. Some transgender people are queer, some are gay, lesbian or bisexual. Some are asexual. Some are heterosexual. I do not understand the apparent conflation of being ‘queer’ and being a ‘Self-described butch lesbian’. Perhaps in this context I may offer the experience of my son, deeply hurt by being asked why he couldn’t ‘just be a lesbian’. He transitioned because his sense of personal identity is male. He was born with the body of a female: a body that menstruated when he reached puberty. He is not a lesbian of any calibre. He is a male.

Focus: the Identity Trust provides support to transgender and intersex people and their families. We define the condition of being transgender as a permanent one, and our reason for doing so is that we believe this gives greater clarity to the concept than may be provided by seeking to define others, including gender fluid individuals as transgender. We do not do so to question or seek to restrict the rights of others. The very existence of intersex individuals illustrates that gender (sometimes referred to as ‘sex’) is not as simple as a straightforward binary opposition of male and female suggests. To put it at its simplest: ‘it’s complicated’.

I do not understand how it furthers debate or understanding to place transgender and female identities in a sort of oppositional confrontation. I know that I am a heterosexual, cisgender woman, and I am confident in having a feminine identity. Life has presented a different set of challenges to my son. One of the issues is the absence of a clear vocabulary through which these challenges may be explored. Another is the need for greater research, and for much better public understanding of what it means to be transgender. By any count, transgender individuals represent a small minority, and the same is true for those who are born with intersex conditions. We don’t need to fear these small minorities, but instead of placing individuals in contexts of verbal conflict, maybe we could seek for greater understanding, increased insight and perhaps an enhancement of compassion?