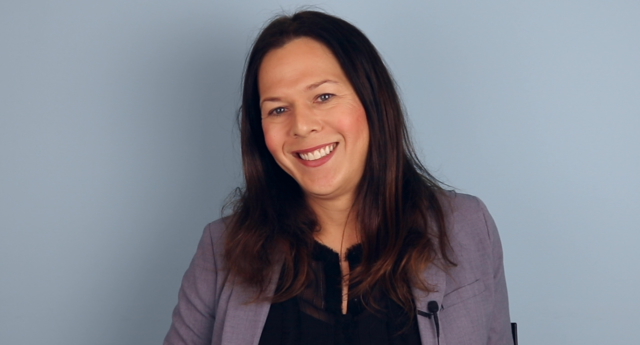 Growing up in Louisiana, Grace Mead had a sense she may be transgender from the age of seven. Many years later, as an established lawyer, she realised transition was her “only possible path” to happiness.

She began to “present authentically” and is now the author of Defense of an Other, her debut novel.

“I had history of depression that was so entwined with dysphoria it’s difficult to disentangle the two,” she told PinkNews.

“I always wanted to be a girl and then a woman but it wasn’t within my vocabulary or my understanding, and it was a thought that was shut down by myself as soon as [it] arose.

“I’ve never had anyone tell me that I appeared effeminate. I can remember the last thing that I gained control of was crying easily, around age six or seven. And this was before the conservative US politician John Boehner made it acceptable for men to cry, which is a good thing.

“At 18, I tried to kill myself. I was diagnosed at that point with unipolar depression, was still depressed at college, and sought out a professor of abnormal psychology.

“She became my therapist and was extraordinary, and it managed to take the edge off enough to survive so that I never again attempted suicide.

“I had a couple of manic episodes and brief hospitalisations and in 2014 I realised that really the only possible path to anything that looked like happiness would be transitioning.

“So at the beginning of 2015, I began telling people professionally and presenting full-time authentically.

“It’s difficult to overstate the burden of keeping something secret for 25 years. I was very afraid despite the advantages.

“But I was blown away by how supportive people were professionally of my privacy, of my desire and need to continue performing professionally, which had been a real anchor to me throughout my life and remains so.

“The levels of support was overwhelming and is one of the principal reasons I wanted to be more open about being trans. Both because of those people, the majority of which are cisgender and straight, and because we live in very turbulent times for trans people in the United States.

“You are as tough as nails and you are even tougher if you have painted them pink.”

“Trans people need know there are wonderful people out there. And it crosses boundaries of age, politics, religion—fundamentally they’re just people who regard being human as important and worthwhile.

“They understand that being trans and presenting authentically is tremendously important to women like me, and largely irrelevant to them.”

Grace Mead on being trans under Trump

“Obviously the Trump regime is very, very hostile to trans rights. The trans ban [from the armed forces, which Trump first proposed in a tweet] in particular is the most high profile example I think,” Mead explained.

“There’s much work that need be done on the part of the medical community as well as the society at large.”

“The real question is: how many people will suffer in the interim, and how long will that suffering last?”

Despite the current climate, Mead remains hopeful, citing “hope in the fact that there are so many people willing to fight for us” who want to learn how to be a trans ally.