Cost of changing legal gender cut to less than £10 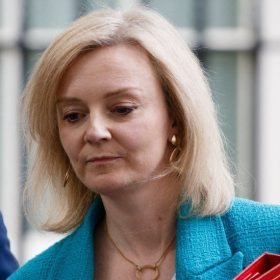 The £140 fee to apply for a gender recognition certificate will be cut to “single figures” from next month, according to government sources.

Ministers pledged in September to slash the cost of legally changing gender after deciding against wider reforms.

While cost has been cited as a barrier to applying, some LGBT groups say more work is needed.

The government is working “at speed” to make the process more straightforward, a spokesman said.

A consultation was set up in 2018 to explore potential reforms to the way trans people can apply for a gender recognition certificate in England and Wales. This allows someone’s acquired gender to be recorded on their birth and marriage certificates.

The existing process – which requires two medical reports – had been criticised as costly and bureaucratic, with fewer than 5,000 people successfully obtaining a GRC prior to the consultation.

One option was to remove the medical diagnosis element for England and Wales, and allow people to legally change gender through what’s sometimes known as self-identification. This was the subject of a highly-charged debate.

In September 2020, the government announced it would not fundamentally reform the process, arguing that the “balance struck” in the existing legislation was “correct”.

The Women and Equalities Minister, Liz Truss, said that there were “proper checks and balances in the system”.

But she did promise to make applying “kinder and more straightforward”, including reducing the fee from £140.

The cost of applying will fall to about £5 from the start of May, government sources say.

Making the service completely free would take longer because it would require primary legislation, they added.

“It’s also important that the government commit to a clear timeline of further changes to streamline the application process, and move it online. However, none of these changes are a substitute for meaningful reform to the Gender Recognition Act,” she said.

The Equalities Office said: “The government is committed to making the process of applying for a Gender Recognition Certificate as straightforward and dignified as possible.

“We are progressing work at speed to simplify this process as well as reducing the fee and further details will be available imminently.”

Ministers have also pledged to move the whole procedure online, but sources say that is not likely to happen by early May.

While the fee reduction is understood to be UK-wide, the consultation does not affect how the gender recognition system operates in Northern Ireland.

The Scottish government has done its own consultation.