The guidance recommends the Affirmation of Baptism service is adapted to allow transgender Christians to celebrate their new sexual identity.

The service would see them addressed by their chosen name, not birth name.

It follows pressure at the general synod last year to go further in welcoming the transgender community.

In the past, the Church has been criticised for not doing enough to guard against transphobia, and for failing to eliminate the bullying of transgender pupils in faith schools.

But some conservative theologians argue that gender is assigned by God and should not be changed.

The Affirmation of Baptism service is not a second baptism and is traditionally intended for people who wish to make a renewed declaration of their faith.

The guidance emphasises that the Church “welcomes and encourages the unconditional affirmation of trans people, equally with all people, within the body of Christ, and rejoices in the diversity of that body into which all Christians have been baptized by The Reverend Dr Tina Beardsley is a retired healthcare chaplain and one of three trans clergy who were consulted on the guidelines.

She said while herself and many other trans Christians had already taken part in such services informally, for them to be given official endorsement by the Church was significant.

She told BBC News: “For me the most important thing was actually having this certificate to say that I had renewed my baptism vows and it had my chosen name on it.”

She said the new guidance would also remove any doubt for clergy leading services.

However, she expressed disappointment the new guidance stopped short of introducing a specific liturgical form of words to mark transition.

The guidance, approved by the House of Bishops, will be incorporated into Common Worship.

The Bishop of Blackburn Julian Henderson, who chairs the House of Bishops delegation committee, said: “We are absolutely clear that everyone is made in the image of God and that all should find a welcome in their parish church.

“This new guidance provides an opportunity, rooted in scripture, to enable trans people who have come to Christ as the way, the truth and the life, to mark their transition in the presence of their Church family which is the body of Christ.”

Would you like to mark your transition in church? You can share your views and experience by emailing haveyoursay@bbc.co.uk 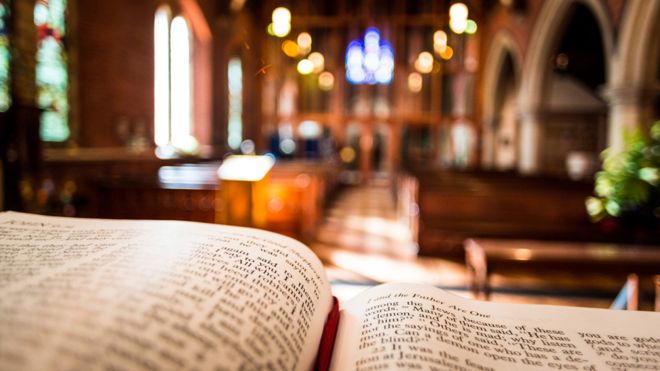