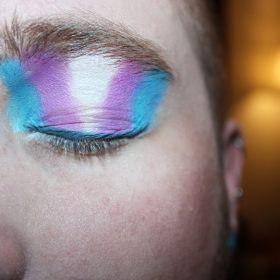 All over social media, there is transphobia.

Being Transgender Isn’t a Mental Illness

The truth behind the myth

I’ll introduce this debunking session by saying, without a doubt, that being transgender is NOT a mental illness. If you agree with me, great — feel free to stay. And if you don’t agree with me, then definitely stay a while. We all need to get on the same page here.

Every time a homophobic, anti-LGBTQ+ person claims that being transgender is a “mental illness,” they’re really just thinking of gender dysphoria. Gender dysphoria is, in short, what causes the disconnect between one’s sex assigned at birth and their gender. Formally, gender dysphoria is defined by the Mayo Clinic as:

“the feeling of discomfort or distress that might occur in people whose gender identity differs from their sex assigned at birth or sex-related physical characteristics.”

So now that we know what gender dysphoria is, can we classify it as a mental illness?

Are you getting defensive? Wanting to make the argument that the WHO is just being politically correct and that’s why they removed it from the list? If you have to see a therapist for it, it’s pretty much a mental illness, right?

Okay. So let’s go with that logic. I’ve been studying psychology for several years and I can tell you that there are many common issues that appear in the world of psychology, so if you’re going to classify gender dysphoria as a mental illness, you have to classify those as mental illnesses, too.

Let’s begin with erectile dysfunction. On the surface, that’s not a mental illness…right?

Well, sometimes it requires therapy. It’s classified in the DSM-5 as a disorder. It’s part of a whole long list of sexual disorders in the world of psychology. So if you’re going to classify gender dysphoria as a mental illness, you must include erectile dysfunction.

I forgot to add that premature ejaculation is also classified in the DSM-5 as a sexual dysfunction disorder. Sometimes that requires therapy, too. Psychologists study it. People diagnose it. People prescribe coping mechanisms and medication for it. So I guess now that’s a mental illness too, right?

Oh, and then there’s premenstrual dysphoric disorder (also known more commonly as PMDD) which is basically PMS on steroids. That’s classified in the DSM-5. Only it’s driven by hormones. People with a menstrual cycle have no control over how their cycle is going to influence their lives and moods. How can that be a mental illness? But, I guess, according to some people’s logic, it *technically* is.

I’m sure you can agree with me when I say that it’s not fair to diagnose someone as being mentally ill simply because they’re grappling with a disorder or bodily dysfunction that they have no control over. None of these things are worthy of being used as leverage to accuse someone of having something wrong with them. Yes, they are in the DSM-5 (mostly because they are issues that affect people’s lives, and the DSM-5 is the holy grail of psychology and the resource that is often used for diagnoses). Yes, they sometimes require therapy. But if you knew someone struggling with any of those things, would you ever look them in the eye and tell them they were mentally ill?

No. Because these are not things that are outwardly classified as a mental illness. These things may be caused by emotional or psychological forces, but they can also just be present with no particular cause to be pinpointed. They can be caused by hormones, or genetics. They are usually personal and don’t affect anyone besides the person themselves. They have very few social implications, evolutionary or biological or social causes, and their side effects often don’t span anywhere beyond the disorder itself (unlike many other commonly known mental illnesses, which do possess these characteristics).

It’s the same with gender dysphoria. It is an internal conflict between sex assigned at birth and gender identity. You wouldn’t tell a middle-aged person having an identity crisis that they were mentally ill — and that’s actually just a phase. Imagine your whole life feeling like your identity was disconnected from the sex that was assigned to you at birth. That’s not a mental illness.

Being gay was once classified as a mental illness, too, until they eliminated that from the list. How many things in the world are we going to accuse of being mental illnesses before we can understand how harmful it is to do so?

We need to do better.

So the answer is no. The next time you want to open your mouth and think about calling someone mentally ill for being transgender, stop. Stop and think about the implications it has for mental health all around the world. Are we fostering a more accepting environment when you say things like that with the intent to hurt people? Why are we using mental health as a weapon instead of trying to normalize it and create a more friendly, healing world?

And why are you targeting transgender people and making it your business how they feel and who they are? Because it’s not your business. It never was.