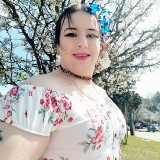 Identity, Gender, is something to consider over and over again when you are in the public eye. With all of the things going on around the world, especially in the USA, transgender people have to deal with the scrutiny of how people view them every single day. This hurts when you are miss-identified by your gender even if it seems like an innocent mistake.
Your emotions begin to boil, your heart starts racing and all you want to do is to scream and shout at the person that said the wrong identification to your preferred gender.
I know I really understand where you are coming from.
I have been in your shows, and to be very honest I am still in your shoes. I have been judged completely wrong on my gender time and time again.
The good news is it changes as time progresses in your transition. People start identifying you correctly as you start to appear as the other gender. Granted, those who do not identify as male or female and consider to be non-binary, — I’m sorry, — because until you correct someone you will likely be identified on the gender you look like the most in that person’s eye.
Although people like me who are transitioning to appear as the opposite gender, the one we identify with it can be a heartbreaking feeling to hear someone call you the other gender.

So let me tell you a short story that happened on 3.2.2020.
I was talking with my wife about some really basic topics, primarily about my voice and how I am doing the best I can to adjust it to the right tone and sound. “A task I am still working on.” We needed to pull into Wal-greens to talk to the person at the window at the drive-thru for picking up some medicine for my daughter.
This was not a big deal for me; I have done this many other times. Everyone has to pick up medicine for people at one time or another. Things felt like they would be fine, and everything was going fine until that one moment.

So here how the conversation went:
Pharmacist assistant: “Hello, what can I do for you today?”
Me: “Oh hi, I need to get a prescription filled for my daughter. Here are the prescriptions, can you check to see if they are still valid and can be filled.”
Pharmacist assistant: “Okay, one sec.”
I was put on hold at this point as she put her window intercom phone down to check on the prescription.
Pharmacist assistant: “Oh, — Yes Sir — we can fill them, it will be later today before you can pick them up.”
Me: “Okay, I will pick them up tomorrow.”
Before I could say more she replied
Pharmacist assistant: “Okay”
I immediately went to correct her on the pronoun.
Me: “and it is Ma’am”
It was too late; she had already set the intercom phone down. My heart raced, I was upset about what had happened because I have been doing everything I can to identify as a woman. I wanted to scream and shout and fuss the lady behind the counter out. I wanted to make her very aware of the fact that she identified me as the wrong gender.
“But I didn’t”

I wear makeup, eye shadow, eyeliner, foundation, lipstick and I had my hair up in a cute little ponytail with the front of my hair down around my face in the front. I also had very cute shiny dangling spiral sterling silver earrings on.
The thing that bothers me the most is all the time and effort I go through to put my makeup on, to identify as a woman, the amount of money I have spent on laser treatments, and other things including clothing only to be identified as “Sir”.
OMG, How infuriating this was to hear that from someone, especially another female pharmacist assistant who was working at a Wal-green Pharmacy window.
The thing is, for many transgender people who are changing or going through the process, until you are far enough to completely identify as a woman or man people are going to miss-identify you. Honestly, you can get mad and frustrated about it because it hurts so bad inside. The only thing you can do is address the person and ask that they correct their pronoun to the other gender.
— “Don’t scream, don’t shout, don’t make a huge scene” — because all you are doing is causing other people to be aware of the miss-identification and bring even more scrutiny down on you. You don’t want to do this if you can avoid it, and you will get more upset about what is happening.
For me, I normally correct the person and attempt to move forward. If it is someone who needs to be aware of your ID for proof, hopefully, you have your gender marker changed on your ID at this point as I have done. Show them the ID and the gender marker and inform them this is the gender pronoun you need to identify me as. That normally doesn’t happen too often for me, but sadly it does happen.

After 14 months of transitioning, I finally pass the majority of the time around most people and even if I don’t they identify me as female.
Living with people identifying you the wrong way can be really hard and can feel like the world is bringing you down because I have been there when I first started changing. I was practically identified as the wrong gender so many times I couldn’t keep track.
The good news is time progresses and you continue to take Hormones you will eventually look more and more like your preferred gender. It takes time and you will get there one step at a time.
“Don’t let other people bring you down; you are in control of your own emotions and reactions.”
Over the last 14 months during the majority of my transition, I too had depression and felt like the world was caving in. When this happened to me, I managed to pull through and remembered that in time the people around me would eventually see me as a woman.
I still feel at a loss when this happens, especially like today when I have come really far, but you learn to blow it off and move forward as much as you can.
Love yourself for everything you are because you are beautiful and amazing and the gender you prefer to be and no one can take that away from you.
So like this is my experience living with it, and how to deal with it. I really hope that you too can find inspiration in this and keep moving forward to be happy and enjoy life as you transition.