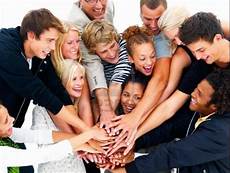 How to become an ally to transgender individuals

The following are tips that can be used as you move toward becoming a better ally to transgender people. Of course, this list is not exhaustive and cannot include all the “right” things to do or say because often there is no one “right” answer to every situation you might encounter.

When you become an ally of transgender people, your actions will help change the culture, making society a better, safer place for transgender people – and for all people who do not conform to conventional gender expectations.

If you don’t know what pronouns to use, listen first.
If you’re unsure which pronoun a person uses, listen first to the pronoun other people use when referring to them. Someone who knows the person well will probably use the correct pronoun. If you must ask which pronoun the person uses, start with your own. For example, “Hi, I’m Alex and I use the pronouns he and him. What about you?” Then use that person’s pronoun and encourage others to do so. If you accidently use the wrong pronoun, apologise quickly and sincerely, then move on. The bigger deal you make out of the situation, the more uncomfortable it is for everyone.

Don’t ask a transgender person what their “real name” is.
For some transgender people, being associated with their birth name is a tremendous source of anxiety, or it is simply a part of their life they wish to leave behind. Respect the name a transgender person is currently using. If you happen to know the name someone was given at birth but no longer uses, don’t share it without the person’s explicit permission. Similarly, don’t share photos of someone from before their transition, unless you have their permission.

Understand the differences between “coming out” as lesbian, gay, or bisexual and “disclosing” as transgender.
“Coming out” to other people as lesbian, gay, or bisexual is typically seen as revealing a truth that allows other people to know your authentic self. The LGB community places great importance and value on the idea of being “out” in order to be happy and whole.

Be careful about confidentiality and disclosure
Some transgender people feel comfortable disclosing their gender history, and some do not. A transgender person’s gender history is personal information and it is up to them to share it with others. Do not casually share this information, speculate, or gossip about a person you know or think is transgender. Not only is this an invasion of privacy, it also can have negative consequences in a world that is very intolerant of gender diversity. Transgender people can lose jobs, housing, friends, or even their lives when other people find out about their gender history.

Respect the terminology a transgender person uses to describe their identity.
Transgender people use many different terms to describe their experiences. Respect the term (transgender, transsexual, non-binary, genderqueer etc.) a person uses to describe themselves. If a person is not sure of which identity label fits them best, give them the time to figure it out for themselves and don’t tell them which term you think they should use. You wouldn’t like your identity to be defined by others, so please allow others to define themselves.

Avoid backhanded compliments and “helpful” tips.
While you may intend to be supportive, comments like the following can be hurtful or even insulting:

“I would have never known you were transgender. You look so pretty.”

“She’s so gorgeous, I would have never guessed she was transgender.”

“He’s so hot. I’d date him even though he’s transgender.”

“You’d pass so much better if you wore less/more make-up, had a better wig, etc.”

“Have you considered a voice coach?”

Challenge anti-transgender remarks or jokes in public spaces, including LGB

spaces.
You may hear anti-transgender comments from anti-LGBTQ activists, but you may also hear them from LGB people. Someone may think that because they’re gay, it’s ok for them to use certain words or tell jokes about transgender people. It’s important to challenge anti-transgender remarks or jokes whenever they’re said and no matter who says them.

Support all-gender public restrooms.
Some transgender and gender non-conforming people may not feel like they match the signs on the restroom door. Encourage schools, businesses, and agencies to have single user, unisex and/or all-gender restroom options. Make it clear that transgender and gender non-conforming people are welcome to use whichever restroom they feel comfortable using.

Help make your company or group truly inclusive.
“LGBTQ” is now a commonplace term that joins lesbian, gay, bisexual, queer, and transgender people under the same acronym. If you are part of a company or group that says it’s LGBTQ-inclusive, remember that transgender people face unique challenges, and that being LGBTQ-inclusive means truly understanding the needs of the trans community and implementing policies address that them.

At meetings and events, set an inclusive tone.
At a meeting where not everyone is known, consider asking people to introduce themselves with their name and pronouns. For example, “Hi, I’m Nick and I use the pronouns he and him.” This sends the message that you are not making assumptions about anyone’s gender, and that people are free to self-identify. Start with yourself and use a serious tone that will discourage others from dismissing the activity with a joke. However, if you feel this practice will have the effect of singling out someone in the room, avoid it. In a group setting, identify people by articles of clothing instead of using gendered language. For example, the “person in the blue shirt,” instead of the “woman in the front.” Similarly, “Sir” and “Madam” are best avoided. If bathrooms in the meeting space are not already all-gender, ask if it’s possible to put an all-gender sign on them. That’s an easy and effective way to make spaces inclusive.