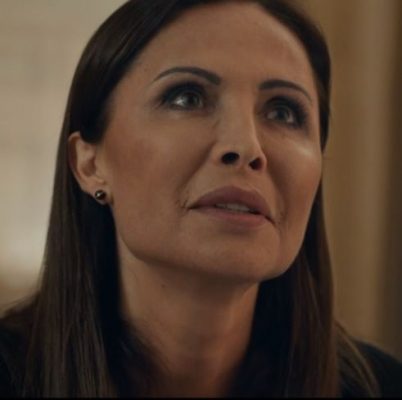 “It was like a compliment, but at the same time I still wanted the work.”

Baptiste star Talisa Garcia has opened up about her experience as an emerging actress, revealing that she often missed out on roles for not being “transgender enough”.

Talisa, who plays Kim Vogel in the BBC’s Missing spin-off, appeared on today’s (February 22) Lorraine to talk about her Baptiste character, who is also transgender.

Speaking to Christine Lampard, Talisa said: “The fact that she is transsexual, and so am I, that for me was very, very important. That I could portray her in the best possible way.

“Who better to do it than somebody who has gone through it themselves?”

Garcia revealed that she hadn’t always been successful when auditioning for transgender characters, however, explaining that things have “changed a lot” over the past few years.

“When I graduated in 2004, I wasn’t getting the jobs because they kept saying I wasn’t transgender enough. It was like a compliment, but at the same time I still wanted the work.”

Recalling a previous audition for a part in The Bill, Talisa said the casting team had told her they “could never” cast her in a trans role because “there would be no sympathy for your character”.

“I understood it, I sort of got it,” Talisa admitted. “But at the same time, it was difficult.”

In perhaps her most exciting role yet, Talisa plays Kim Vogel in Baptiste, a successful businesswoman who tries to help Amsterdam’s sex workers take control of their lives.

Kim’s hidden past is in danger of being exposed when charismatic detective Julien Baptiste (Tchéky Karyo) approaches her while investigating the disappearance of a young woman.

Baptiste continues Sunday (February 24) at 9pm on BBC One.