A woman hoping to become the first transgender MP in Westminster 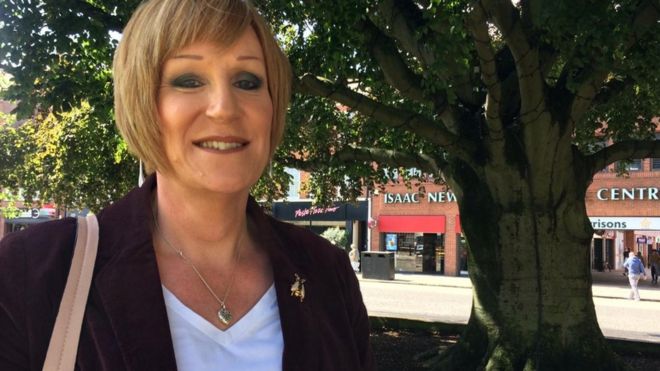 A woman hoping to become the first transgender MP in Westminster says she wants to use her experiences to help others.

Jessica Swift has been selected to stand for the Brexit Party in Grantham and Stamford ahead of the next general election.

She said the process of transitioning had shown her how some people could behave badly towards others.

The 52-year-old said she would fight for the rights of all groups.

“Being transgender certainly gives me a unique understanding of people,” she said.

“When you are a white, heterosexual male… you don’t get to see what discrimination really looks like.

“As you move through and you become something different, as I did, you get to understand how people can behave badly and discriminate against you.”

Ms Swift said she joined the Brexit Party because she wanted to end the current two-party system and bring “some common sense” to the table.

She said she was also angry the views of people, including those in Grantham and Stamford, who had strongly voted to leave the European Union, had been ignored.

Asked if people in the constituency – normally a safe Conservative seat – were ready to vote for a transgender candidate, she said she hoped so.

“Grantham and Stamford already has an MP who is a gay man in a single-sex marriage and this gives me hope that the people of Lincolnshire have a modern attitude to life.”

She was selected as the candidate for the constituency earlier this week.

Lily Madigan, who was the first openly trans woman to be elected as a women’s officer in the Labour Party in 2017, previously said she wanted to be Labour’s first transgender MP.