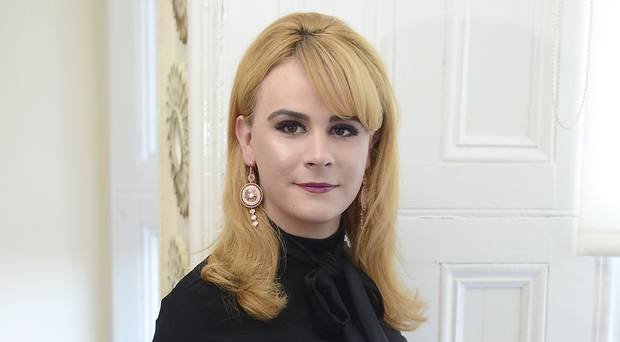 Ava Moore attended an interview for Christmas work in 2018 at the Debenhams store in Newry.

She was rejected for the job despite a positive interview in which she had sold an item to a customer.

Ms Moore also received an anonymous email alleging she was turned down for being transgender.

The case was settled with the help of the Equality Commission although Debenhams accepted no liability.

“Decisions on recruitment, training, promotion and employment conditions are based solely on personal competence and performance,” it added in a statement.

Speaking to the Belfast Telegraph, Ms Moore said the victory was “bittersweet” and hoped it would inspire others to come forward.

“Everything was going great, I sold something, which is very uplifting and made me feel like ‘I’ve still got it’.”

Having worked in hairdressing and fashion for 16 years, she said the job would have been a perfect fit.

She said the atmosphere “went very cold” when managers asked for her birth certificate, which shows a change in name and gender.

“It went from ‘welcome to Debenhams’ to very quiet.

“I left the interview room to walk through a canteen full of gawpers and starers, almost like people ready to burn the monster.

“I was very disheartened and it has knocked my confidence.”

Shocked by the anonymous email, she resolved to “stand up and fight”.

“I’m happy it’s settled and resolved, but I hope it gives other people hope just to get up and do it,” she said.

Asked if Northern Ireland was a welcome place for transgender people, she added: “In my experience, it’s getting there, with the help of kindness and manners and being polite to everybody, not just trans people, everybody.”

Ms Moore has since found another job outside of retail.

“I’m very blessed with the staff and a manager who is very kind and respectful to me,” she said.

He also called on employers unsure of their obligations to reach out for advice.

“We have very few cases coming forward with people as brave as Ava, who live in a marginalised community like those who are transgender,” he said.

He noted a recent Northern Ireland Life and Times survey in which 21% of those interviewed said that they were prejudiced against the transgender community.

“What we have here is a blatant case of discrimination where a young woman went for a job, she performed well and at the end of the day, she didn’t get the job,” he said.

“We’ve got a settlement but she said this is a bittersweet thing, (but) Debenhams are going to work with the Equality Commission.”

Dr Wardlow said issues of disability, sex and race accounted for most complaints to the Equality Commission, but a “very low” figure of around 2% related to LGBT issues.

“We’ve had one or two transgender cases in the past few years,” he said.

“Partly that’s because people are still being subterranean, we’re not having the conversation about this.

“Until we actually start talking about it and being comfortable with a society that has to live with difference, we’re going to continue to have (discrimination).

“But people like Ava draw us out and say that, together: ‘Actually, we don’t have to take this’.”

Addressing employers, he said: “The lesson is straightforward. We could be talking about someone in a wheelchair here, someone of colour.

“We could be talking about a man that’s discriminated against where a woman is appointed. You should appoint on merit, prejudice has no role at the table in employment.”

Ms Moore’s case was taken under the Sex Discrimination (NI) Order 1976, which makes it unlawful to discriminate against transgender people.

The Equality Commission has said it offers advice to a wide range of employers on how to recruit fairly and avoid anti-discrimination laws.

This includes online resources, advice and information by phone, email or in person and a programme of free training in equality law and employment.