A Reply to J.K. Rowling’s “Sex and Gender” Statement 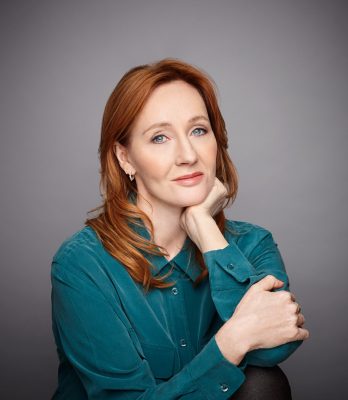 Your statement is welcome — but your central argument is weak.

Your statement on your “Reasons for Speaking out on Sex and Gender Issues,” is most welcome. As you recognise, Twitter is not the best platform for trying to conduct a nuanced conversation on any topic. It’s so much better that you have now explained your position in more detail on your own website. Thank you.

Let me start, in my reply, by saying that whilst we disagree on some issues, I am perfectly willing to believe that you are a thoughtful, kind person who is speaking out with good intentions. I’m not one of the hate mob.

I would also like to support you in what you said about freedom of speech. People from all sides of any debate should be free to express themselves, without being subjected to threats or intimidation. And when we debate sex and gender issues, we should all try to conduct our debates rationally, without using mean-spirited name-calling to demonise people.

Let me now address the central issues at stake.

Your statement doesn’t express your views on trans issues particularly plainly or directly. Perhaps you were understandably fearful of offending even more people than you already have. I think it might be helpful, however, for me to try to summarise the fundamentals of your position. If I misrepresent you in any way, please feel free to correct me.

You are concerned that some gender dysphoric people may feel pressured into transitioning — and may undergo surgery and/or hormone treatment — when that may not be in their best interests and when they might later regret their decision.

And you are concerned that some trans activism may be making this situation worse — by shutting down debate and too readily encouraging people to transition, when more time ought to be taken to explore other options.

You are alarmed by the idea of males being allowed to use women-only facilities, such as toilets and changing rooms. You suggest your alarm is justified by safety concerns.

You do not explicitly object to trans women using women-only facilities, if they have been through a “long and rigorous process,” perhaps involving evaluation, psychotherapy, surgery and/or hormone therapy.

But you do fiercely object to a male being recognised as a woman simply because she says she’s one — and then being allowed to use women-only facilities.

That, if we’re honest, is what really makes you triggered.

On Point 1, I think it is perfectly reasonable to have such concerns. And it is reasonable to share those concerns. It is very likely that some people do feel pressure to transition — for a variety of reasons — when that might not be in their best interests.

On Point 2, however, I think you are indeed being irrational and alarmist. You seem to be spreading fear that is not justified.

I would describe your expressed views as incomplete and confused. For example, you don’t want someone to be able to use women-only facilities simply because they self-identify as a woman, but what alternative arrangements do you suggest? Should people present their identity papers before being allowed access to a restroom?

Should biological males only be allowed to use women-only facilities if they’ve had surgery and/or hormone treatment? But if that’s your suggestion, wouldn’t that risk pressuring gender dysphoric people into prematurely transitioning? Isn’t that the very thing you claimed to want to avoid?

But by far the most important point I wish to put to you is simply this:

When someone born as a male decides they want to identify as a woman and use women-only facilities, there is probably no good reason for you or any other female to be alarmed by this. The alarm you may feel in such circumstances is unnecessary and unhelpful.

Some dangers are so rare, so statistically unlikely, that although they exist as possibilities, it is irrational to let yourself be worried by them. Whilst it is rational to acknowledge the remote possibility that you may some day be attacked in a restroom by a trans woman (or any biological male identifying as a woman), it isn’t rational to actually be fearful of such an attack. Furthermore, it is immoral and irresponsible to use such fears to excuse prejudice and discrimination against trans women or anyone else.

..perception alone does not justify discrimination.

If you have solid, scientific evidence of a prevalence of attacks so significant as to justify such fears, please put it in the public domain. Otherwise, you’re in danger of stoking widespread fear for no better reason than to indulge your personal prejudices.

I’m sorry you’ve had traumatic experiences in the past. But no bad treatment at the hands of a male can ever justify being prejudiced against anyone else simply on the basis of their sex. That would be sexist. And whilst traumatic experiences may make such prejudice understandable, they will never make it right.

Some females may perceive danger if any biological male who identifies as a woman uses women-only facilities. But perception alone does not justify discrimination.

And it doesn’t matter what polls tell you about how widespread such perceptions are. People’s perceptions are often highly subjective. And prejudice is still wrong.

Identifying as a women is not the same as claiming to be a female. The people in question are usually referring to their gender identity, not their sex. But even if some claim to have changed their sex, so what? Their self-perception is not something you have to worry about. And it’s definitely not something you should seek to police.

If someone identifies as a woman and wishes to use women-only facilities, then, in the absence of any additional information, you have no good reason to be fearful or suspicious of them. And if you are, that’s just your prejudices getting the better of you.

In that case, I politely suggest that your response should be to try to overcome those prejudices, instead of seeking to dictate to other people which bathroom facilities they can or cannot use. It really isn’t any of your business.

I hope you find these thoughts helpful.