My Sex Chromosomes are Irrelevant

And why I’m done arguing on this point

Every trans advocate has heard a variation on these words, usually delivered with the smug satisfaction of one convinced they’ve made an unassailable argument:

These words are frequently used to deny the legitimacy of trans people. They tell us that no matter what social, legal, or medical options we’ve pursued to better align our bodies and presentations with our genders, we will always and forever be the sex we were assigned at birth. (Though the people making these arguments rarely use the term “assigned”, more likely referring to us as “born” or “genetically” male or female.)

In countering this argument, I’ve pointed out that no one can know for sure what chromosomes they have without genetic testing, which is rarely performed without a specific reason for doing so. I’ve also explained that intersex variations on XX and XY exist, and linked to experts like Julia Serano  who show that sex determination is far more nuanced than most people realize.

Regardless, I’m now realizing that arguing with people who are convinced that trans people are illegitimate “because chromosomes” is really not worth my time. These people are misusing science as an excuse for their trans-exclusionary views. Sex essentialism that views trans women as men or males and trans men as women or females is not only ignorant and harmful, but ignores the practical impossibility of enforcing these views in everyday life.

Enforcing sex segregation based on chromosomes would require universal genetic testing, official documentation, and routine inspections. Such measures would be a serious invasion of privacy, which should be unpalatable to the U.S. conservatives who are constantly pushing legislation to keep trans people out of gendered restrooms, shelters, sports, and other settings. 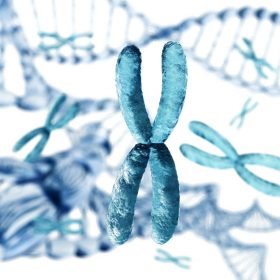 X chromosome and DNA, 3D rendering by ustas, licensed from Adobe Stock.
While some of these bills propose enforcement by checking existing identification such as original birth certificates, more often trans people are kept out of spaces simply based on external appearance. These judgments reinforce a stereotypical view of what women and men should look like, which should be unpalatable to the “gender critical” feminists (aka TERFs) who ally with conservatives against trans women. TERFs should also realize that masculine-appearing cisgender women go down as collateral damage in this fight.

I also regret bringing intersex people into my arguments. Though by some estimates one in 2000 babies is born with an intersex variation, only a portion of these people have variations in their sex chromosomes. Also, many intersex people do not identify as trans or non-binary, and some resent being grouped in with trans people when it comes to advocacy.

Nor can I claim that I myself might be anything other than XX, as I recently had my own genes tested to learn more about my health and ancestry. After careful consideration and research, I registered myself as female for this purpose, despite being an agender person who has legally transitioned to male.

Though the results confirmed that I lack a Y chromosome, there is no “gotcha” here. My chromosomes are invisible, and have nothing to do with how I am perceived in day-to-day life. Saying I’m a woman “because XX” will not keep people from becoming hostile if I enter a woman’s restroom, with my beard and “male pattern” baldness. I’m not a woman, and I do not belong in women’s spaces, unless necessary for medical care that I cannot access any other way.

Restricting access to medical care based on “genetic sex” is another way sex essentialism causes harm to trans people. While trans and non-binary people have existed throughout human history, modern hormone treatment and surgical procedures have enabled us to live fuller, happier lives. Withholding this treatment without medical cause for doing so is damaging, and contributes to the high rate of suicidal ideation and attempts in our community

Especially as not all trans people want or can access surgery, we also need medical care for those body parts that don’t align with our authentic genders. Such care includes pelvic exams for trans men and prostate exams for trans women. If they encounter hostility or mockery from healthcare providers, trans people might avoid scheduling such exams and thus compromise their health. Measures such as the TGI Inclusive Care Act in California would help ensure that trans people get access to the affirming care we deserve.
Treating people with respect and equity should not be dependent on what chromosomes we have. Sex essentialism isn’t science; it’s mean-spirited, it’s harmful, and it’s bigoted. Period. 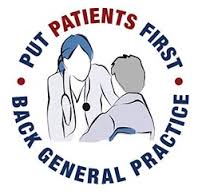 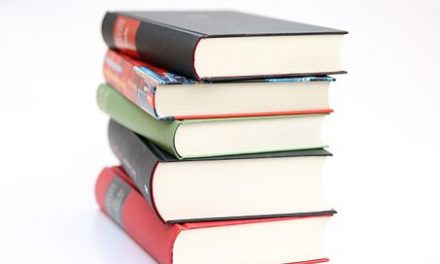