A trans dad fears rights could be rolled back in the UK amid reports Boris Johnson is scrapping proposed reforms to the Gender Recognition Act (GRA).

Under the planned reforms, trans people would be able to self-identify their gender without having to go through the current complex process, which can take more than five years. The PM is said to be abandoning the proposals to be more in-line with ‘public opinion’, which has become increasingly focused on the transphobic rhetoric that trans people are a danger to women and girls.

Jake Graf, 42, recently welcomed his first child, Millie, with wife Hannah, 33, who is also a trans woman. He told Metro.co.uk he fears for his wife’s safety in a world that might one day pit her against their newborn daughter.

He said: ‘All that is happening now is bigotry and divisiveness under the guise of women’s rights. We are at real risk of the proposed reforms being used to swing things the other way and could lose those rights we’ve fought so hard to have.

‘It’s terrifying. Not only are we not moving forward, we might be moving back. It’s also crazy because self-identification is alive and well in places like Ireland, Malta and Argentina, where it has been absolutely fine without incident.

‘The young people we work with are being spat at in toilets, punched in the street and called freaks on a daily basis. Their lives are almost unlivable and now the government could be about to make them even harder.

‘Trans people are not to be feared. We are not predators, we are not mentally ill. There is nothing wrong with us, we are just different. Just as there have been different people throughout history. Differences are what make us all beautiful.

‘What needs to be remembered is that trans people just want to be left alone to live their lives. None of us are a threat.’

The couple received many messages of support despite the negative discussion taking place on trans rights (Picture: Rex)

Who uses what toilet has become a topic of acute interest in public discourse about the GRA, which has only intensified in recent weeks. As well as scrapping the reforms, Johnson is said to be putting new protections in place to ‘safeguard’ female only spaces, such as refuges, toilets and prisons.

Jake said attempts at policing toilets will put thousands of non-gender conforming women at risk, adding that most trans people already feel ‘preemptive fear’ of single gender spaces in case they are judged, abused or told to leave.

He continued: ‘It happens to a lot of trans women and it often results in violence. People buy into this rhetoric that they are predators, which we know is not true, and use it as an excuse to be a little bit rougher.

‘There are also a lot of adults or children who don’t conform to societal norms of what femininity looks like. Before I transitioned I presented as a butch lesbian and I remember going to the toilets and getting physically dragged out because a woman would deem me not female, or not female enough.

‘It was always absolutely humiliating and completely unnecessary and scary. Then you become worried about the simple act of going to the toilet. It’s a very dehumanising thing.’

Jake is now urging Johnson to listen to the concerns of trans people as the GRA is reviewed. He said the community has struggled with the absence of Pride events this year after they were cancelled due to the pandemic.

However he and Hannah have been encouraged online by the amount of support they received when welcoming baby Millie in April. The new arrival was born via surrogate and using Jake’s eggs, in what he described as a ‘dream come true’ having wanted to be a dad since his 20s.

Jake said: ‘There is a lot of negativity out there, but then there is so much positivity. There are so many people who are willing to stand up for us and even though we don’t have a very loud voice, because we are so few, they can elevate us so that people like Boris take notice.

‘We want to show trans people they can have a fully-realised future, with a marriage, children, a family. Trans people are just as lovable, just as deserving of all of that.’ 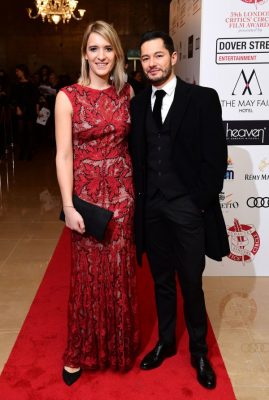 NB Focus: The Identity Trust prefers to use the term Transgender rather than trans